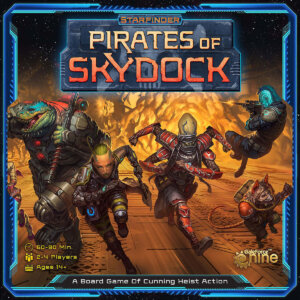 Gale Force Nine and Paizo Inc are teaming up to bring you a new Starfinder board game this August. In Pirates of Skydock, the players will cooperate to steal a starship while also aiming to be named its captain once the heist is pulled. The game is for two to four players, ages 14+, plays in around 60 to 90 minutes, and will carry an MSRP of $60.00 when it arrives in August.

In the second title developed as part of a multi-game partnership between Gale Force Nine and Paizo, you attempt to commandeer a prototype Immortal-class starship filled with top-secret tech. Can you escape Skydock aboard the vessel, or will you be caught red-handed?

Starfinder: Pirates of Skydock places players in the roles of adventurers attempting to seize a secret vessel located on Verces. To steal the starship, players must risk it all to complete dangerous tasks before they raise suspicion. Rising to these challenges requires earning glory through heroic deeds, asking for help from your friends, and perhaps obtaining a little support from external patrons who may or may not want to remain anonymous. Adventurers can work together to accomplish their goals, but only the character who has earned the most glory at the end of the game proves they have what it takes to be captain.

During the game, adventurers scavenge for loot and mastermind cunning schemes to complete objectives—all while making sure the alarm doesn’t get raised. Should it trigger, the starship launches before the adventurers are ready to escape, stranding them aboard the vessel! By equipping gear found aboard the ship—such as stun gauntlets and auto injectors, players can upgrade their character and seize control of the ATech Immortal before it’s too late. 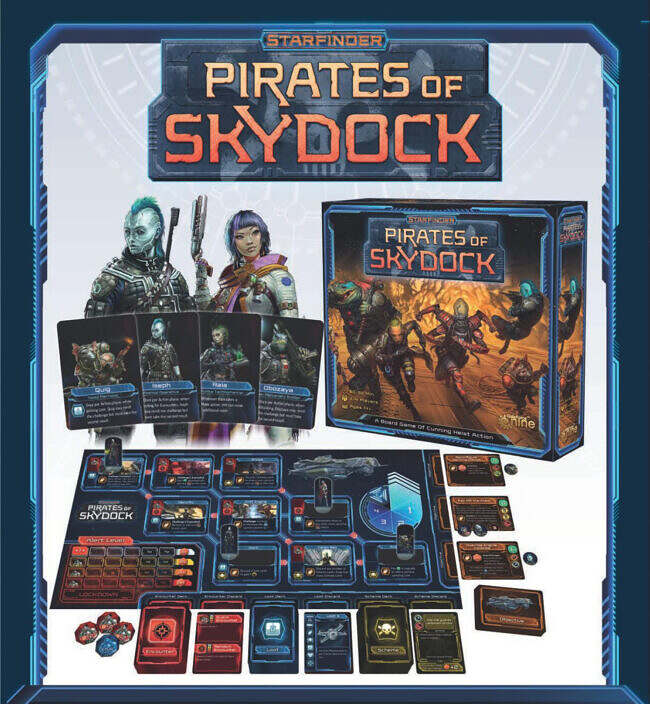