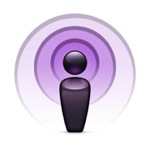 I’m taking the helm all by my lonesome for this episode. Elliott and I have had a difficult time getting on the same page to record the show so, rather than continue to push the program back, I’ve decided to sally forth alone. The show is a bit shorter than usual but it is packed with gaming goodness I promise! Along with some recent gaming news I also review 10 Days in the Americas, 1955: The War of Espionage, Maneouver and Labyrinth: The War on Terror: 2001 – ?.

Hopefully I don’t put everyone to sleep this time out!

Download the show to take it on the go right here!

And don’t forget, TGG is available on iTunes!