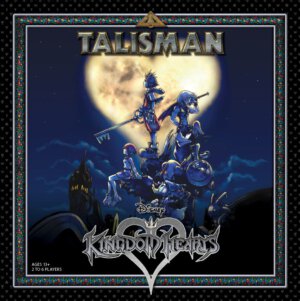 The OP Games (USAopoly), in conjunction with Games Workshop, has released the eagerly anticipated Talisman: Disney Kingdom Hearts Edition and the title is now in stores. The game puts players in the roles of beloved Kingdom Hearts characters as they look to protect the worlds from the encroachment of The Heartless. This new edition of Talisman is for two to six players, ages 11+, plays in 60 to 90 minutes, and carries an MSRP of $69.95. I will mention this looks to be selling out very quickly so if you have interest you best act fast.

The mystery and wonder of one of the most memorable franchises of all time is going home with Disney and gaming fans today in the form of a new vessel. The highly anticipated and fantastical collection-bound creation Talisman: Disney Kingdom Hearts Edition is here!

Brought to life by a partnership between The Op Games|usaopoly and Games Workshop Ltd, the sentimental pairing of digital and analog IPs puts players in the shoes of their favorite Disney Kingdom Hearts characters such as Sora, Kairi, Riku, King Mickey and others for a unique twist on the adventure hobby game known for gathering RPG enthusiasts around the globe.

Through its immersive tabletop experience, Talisman: Disney Kingdom Hearts offers a new way for loyalists of the Square Enix video game series to enjoy its nostalgic spirit and stunning visuals.  2-6 players must defend unprotected worlds from attack by The Heartless by conquering three levels: The Realm Between, The Realm of Light, and The End of the World, through which they must collect Strength and Magic to seal the Door to Darkness and protect the Destiny Islands. 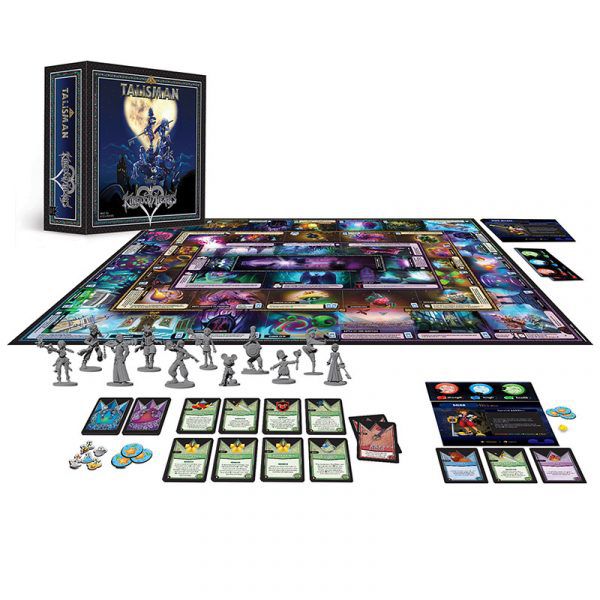