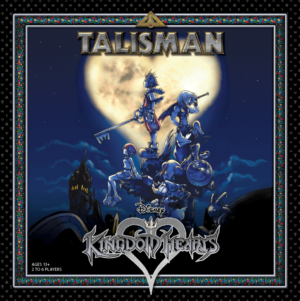 Fans of the venerable series of video games will be thrilled to learn a new edition of the classic Talisman board game is on the horizon from USAopoly which will immerse players in the Kingdom Hearts setting. Talisman: Kingdom Hearts will task up to four players to cooperate in order to defeat the evil Heartless as the fates of multiple worlds hang in the balance. The game is for two to six players, ages 13+, plays in around 90 minutes, and will carry an MSRP of $69.95 when it makes a Q4 arrival in stores.

A vibrant board game experience inspired by the original Kingdom Hearts video game, Talisman: Kingdom Hearts Edition is filled with iconic characters, memorable locations and adventure. Designed for 2-6 players, the game transports players to The Destiny Islands, which have been attacked by the Heartless. Players must venture through three different rings — The Realm Between, The Realm of Light, and The End of the World– acquiring the needed Strength and Magic to seal the Door to Darkness and keep Heartless from consuming the other worlds.

The worlds are under attack, calling on the bravest of hearts to keep the imminent darkness from consuming their communal serenity. Take on the roles of Sora, Kairi, Riku, King Mickey, Donald Duck, Goofy, and more to battle through locations from the Kingdom Hearts universe on a mission to wield powerful Keyblades. With significant allies, magic spells, and weapons offering protection along the way, only the best equipped will gain access to the source of the threat. Be the first to face off with Ansem, Seeker of Darkness, and seal the Door to Darkness to save unsafe worlds at the mercy of the Heartless! 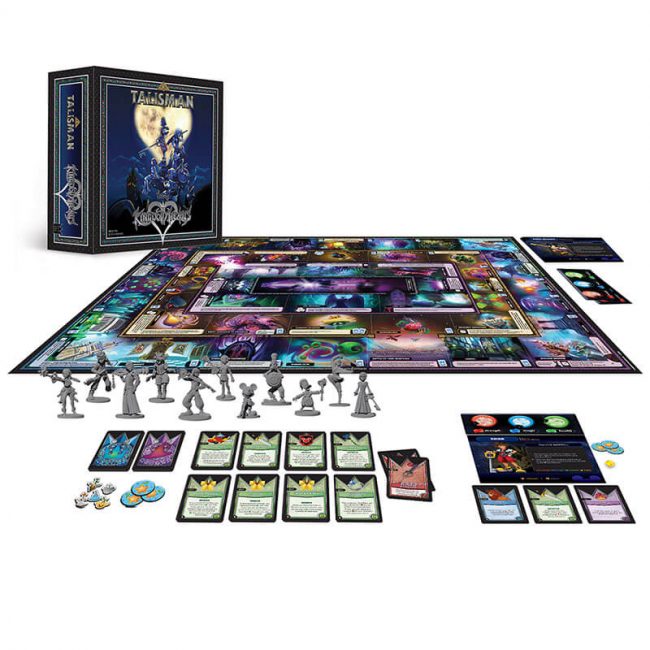