This week’s free PC games from the Epic Games Store have arrived. Score both Next Up Hero and Tacoma absolutely free now through July 30th.

Next Up Hero from Digital Continue and Aspyr Media Inc 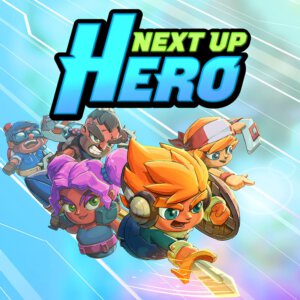 Next Up Hero is a dungeon crawler featuring hand-drawn heroes that hack, slash, bongo-drum, boomerang, and jet their way through Ventures. Choose your Hero and start rolling dungeons, gearing out, and maxing your stats.

Next Up Hero is a Gauntlet-style dungeon crawler starring hand-drawn heroes that hack, slash, shoot, drum, boomerang, jet, and explode their way through Ventures. Choose your Hero (and/or invite a friend to co-op) and start rolling dungeons, gearing out, and maxing your stats against the vile monsters known as the Ceaseless Dirge.

Tacoma is a narrative adventure set aboard a high-tech space station in the year 2088. As you go about your mission, you’ll explore every detail of how the station’s crew lived and worked, finding the clues that add up to a 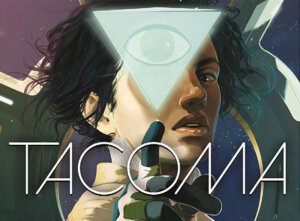 gripping story of trust, fear, and resolve in the face of disaster.

At the heart of Tacoma is the facility’s digital surveillance system, which has captured 3D recordings of pivotal moments in the crew’s life on the station. As you explore, echoes of these captured moments surround you. You’ll use your ability to rewind, fast-forward, and move through the physical space of these complex, interwoven scenes to examine events from every angle, reconstructing the multi-layered narrative as you explore.

Tacoma is the next game from the creators of Gone Home, and carries on that tradition of detailed, immersive, and powerful storytelling, while pulling players deeper into the narrative than ever before.

Superhero RPG Amazing Heroes is Out in Print and PDF