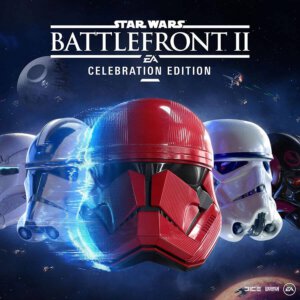 Starting today you can score the Celebration Edition of Star Wars: Battlefront II, from DICE and Electronic Arts, absolutely free at the Epic Games store. Immerse yourself in the Star Wars universe as you tackle missions drawn from across all nine films. The game is free through 10am CT January 21st.

Customize and upgrade your heroes, starfighters or troopers – each with unique abilities to exploit in battle. Ride tauntauns or take control of tanks and speeders. Use the Force to prove your worth against iconic characters like Kylo Ren, Darth Maul or Han Solo, as you play a part in a gaming experience inspired by forty years of timeless Star Wars films.