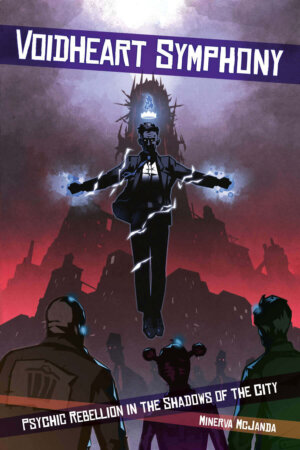 UFO Press has released a new roleplaying game written by Minerva McJanda. In Voidheart Symphony, the players take the roles of everyday people rebelling against a society secretly run by demons. You can score the 316 page book in PDF at DriveThruRPG for $19.99.

PSYCHIC REVOLUTION IN THE SHADOWS OF YOUR CITY

There’s a wound in the world, a rot eating at hope and community and empathy. You’ve seen it in dark alleyways and gleaming boardrooms, gifting terrible power to those who will use it to hurt others.

You’ve had enough. You’re going to dive through that wound into the nightmare castle on the other side. You’re going to find the avatar of the one bringing you misery, and strike them down.

But what’s next, once you’ve stolen their power and ruined their ambitions? Will you return to your daily grind? Cherish those who are close to you? Or revel in the power you have taken from the void?

Because within that wound, the castle waits, and it is hungry. 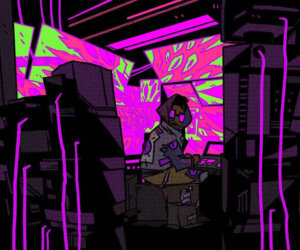 WHAT IS VOIDHEART SYMPHONY?

Voidheart Symphony is a tabletop roleplaying game about mundane people diving into a demon-filled labyrinth to save the ones they love. Based on Apocalypse World and Rhapsody of Blood, it’ll fill your story with dramatic choices and dynamic action.

Your rebels each have a core strength – they may be an Authority, a Provider, a Watcher. But your enemy is far too great for you to face alone. Those you care for will grant you powers of their own: an investigative journalist can give you the searing light of the Sun, and a caring mentor may give you the healing power of the Gardener.

You’ll need to use that strength as you investigate your targets in the mundane world, and as you fight breathtaking and uncanny foes in that nightmare castle.

The World and the Void will both offer you their power, and make their own demands. How will you strike that balance? What will your revolution fight for? That’s your story to tell.