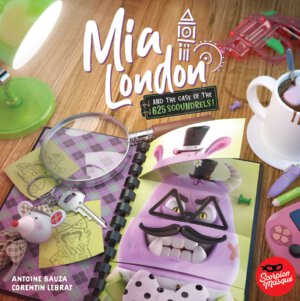 Le Scorpion Masqué and Iello Games have a new investigative family game arriving next week. In Mia London and the Case of the 625 Scoundrels, players will look to help the titular detective unmask a criminal from among a series of suspects. The game is for two to four players, ages 5+, plays in around 10-15 minutes, and will carry an MSRP of $22.99 when it arrives August 19th.

In Mia London and the Case of the 625 Scoundrels, you must help detective Mia London unmask which one of the 625 notorious scoundrels has committed a mischievous crime. Watch the clues as they are revealed to you because each accessory appears on two cards — except for the one belonging to the scoundrel. Note the missing accessory in your booklet and reconstruct the villain’s portrait…

KEY FEATURES:
• Ultra-simple and intuitive game, less than 10 seconds to get a game started.
• Booklet that can turn into a toy that children love playing with.
• Well-known game designers.
• Wonderful illustrations, very distinctive visuals. 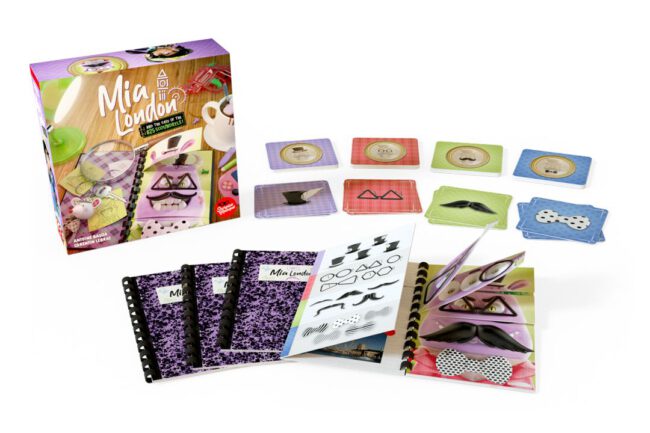