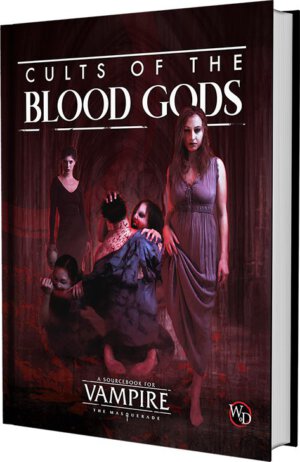 Onyx Path Publishing is currently in the midst of a Kickstarter to produce a new sourcebook for Vampire: The Masquerade 5th Edition. Cults of the Blood Gods provides plenty of background regarding religions of the Kindred as well as a full chronicle for Storytellers. Cults of the Blood Gods has passed 250% funding level and you can reserve a copy of the supplement in PDF for a $25.00 pledge or in hardcover for a $55.00 pledge through January 16. Expected delivery for the PDF is October of next year with the physical book to follow in April 2021.

Cults of the Blood Gods is a new style of sourcebook for Vampire: The Masquerade 5th Edition that introduces the pernicious horror of twisted beliefs.Designed for players and Storytellers, this supplement will include: