Thoughts on the Exclusive SDCC 2013 Xbox One Media Sneak Peek

Comic-Con International 2013 has come and gone and, as with every year, it leaves a passing sense of the good, the bad, and the costumed. On Thursday July 18th Microsoft held a press event to display some of their upcoming titles for the somewhat maligned next generation console, the Xbox One. Going into this article I’m really trying my best to be impartial since everyone knows my gaming heart will always be anti-PlayStation. With that said here’s a few highlights from the press event.

First off, “most” of the launch titles were available for demo. The launch list is to say the least mediocre. Ryse: Son of Rome seems to be the Xbox One’s choice for the premier launch title. Don’t get me wrong though, it doesn’t look like a bad choice.

The graphics are stunning by any standards, the gameplay is fairly intuitive while the story line from the demo at least seems to be engrossing enough to keep the player invested. Here’s the Microsoft description for Ryse…

Ryse: Son of Rome tells the story of Marius Titus who witnesses the murder of his family at the hands of barbarians. Seeking revenge, Marius joins the Roman army in Britannia and quickly rises through the ranks to become a General. As his war against the barbarians escalates, his quest unravels: to find his vengeance, he has to return to Rome.  Experience the Roman Empire in breathtaking detail, from the far northern reaches of Britannia, to the Coliseum. Roman warfare is brought to life in vivid, visceral detail, thrusting you into the chaos of close-quarters combat, where you can see the emotion on your opponent’s face.

As great as the game looks it seems to suffer from the one thing I absolutely can’t stand when overused in any game: quick time events. Some games use them in a fun way and others tend to use them to advance to the next story mission. Then there are titles which go completely overboard entirely. From the demo of Ryse I can say that the end of every kill appeared to be a quick time event. That gets very old, very fast. Don’t get me wrong, the game still has some amazing potential to carry the Xbox One as a day one release title to be reckoned with though. I like the idea of rising through the ranks and battling my way to infamy!

I just don’t like quick time events dictating the journey…

Other titles of mention at the event included: Battlefield 4, Project Spark, Killer Instinct, and Disney’s Fantasia – which looked as interesting as watching paint dry. Sue me, I’m just saying. Also being shown for some reason were Halo 4, Fable Anniversary, and a few other titles that frankly aren’t on my interest meter of note. Add to this they were running on 360s…

Conspicuously missing was one title in particular I was very interested in seeing and, since they had the damn boat in the harbor flying the title’s log, you’d think regardless of being an exclusive or not it would have been there to demo: Assassin’s Creed 4 – Black Flag. Nope, no dice.

It would have been nice to see what all the fuss is about and, as an avid Assassin’s Creed player – Ezio really was the best character they ever created and that’s not just because he’s Italian – I was very disappointed this was not at the Xbox event. This looks to be the largest AC game to date, with a new protagonist, set during the Golden Age of Piracy. Oh piracy how we miss thee! I’m extremely curious as to how the story line will pick up elements of the previous titles, especially after what I felt was the ***Non-Spoiler Alert*** lackluster ending of AC 3. If you haven’t played it yet I won’t ruin it for you as it’s mostly an amazing game. Unfortunately AC3 is yet another title that suffers from minimal payoff in the ending. Or at least that’s my opinion.

During the evening Jeff and I had the pleasure of speaking to Microsoft’s Major Nelson (Larry Hryb). Larry was seemingly very excited about a few upcoming announcements that, of course, he wouldn’t spill the beans to us. I did express my contentment of Microsoft backing down on their restrictive shared game policy as well as their “always on” connection policy. Those were my two biggest gripes against the Xbox One and I was happy to see they were no longer concerns.

When asked if there was any potential ability for Xbox One owners to play any of their old 360 games (arcade or retail) Hryb smiled and stated anything is possible but it wasn’t an immediate area of concern as Microsoft’s main drive is to deliver the best AIO Entertainment device they can design. Hyrb again hinted something major was down the pipeline prior to the Xbox One’s release date and my gut tells me that the price drop we all feel is coming will be announced prior to release. Our questions were met with effectively no comment.

The Xbox One plays smoother than anything I’ve ever used; it’s quiet and looks to have the power to handle any next gen title with authority. What remains to be seen is if the next gen console warwill  be one of amazing exclusives or just simply boil down to console preference. I guess we’ll see over the next year or so. This is one Xbox fan excited to see how things play out. And, of course, I reserved an Xbox One console the day they became available and can’t wait for release.

I’m curious what our readers are looking forward to with the next gen release of the Xbox One? 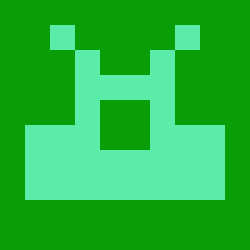 Tony Manchen
Tony Manchen is an avid Console & PC gamer who has a passion for making sure the gaming public has the information he feels is necessary to make an informed decision.