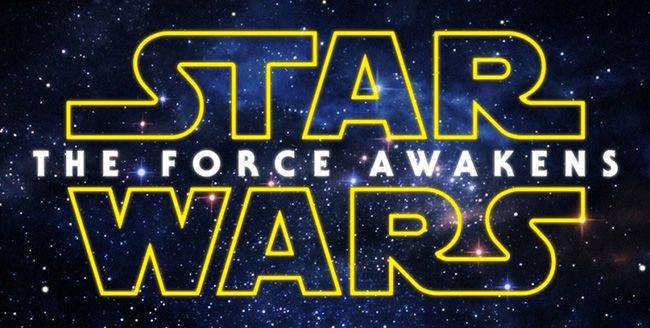 It goes without saying that one single second can change your day, change your life, or even change the world. So understand it took J.J. Abrams 88 powerful seconds to alter your whole way of life with the Star Wars: The Force Awakens teaser trailer. Like many Star Wars fans, I have watched this trailer well over 50 times I’m sure. So, let’s just see here… 50 x 88 seconds which equals 4400 seconds or 73 1/3 minutes! Yes folks, collectively that’s over an hour of my life spent on a teaser! Not to mention how many of the 44 million+ views (current YouTube tally) are reviews after its release Thanksgiving day! Face it Star Wars fans, that 88 seconds has sent a ripple through our lives! We have all been seriously Jedi mind tricked by the PERFECT teaser trailer!

Without further adieu, here’s my take of the trailer, the 7 seeds that were planted into our minds, and what we may expect. 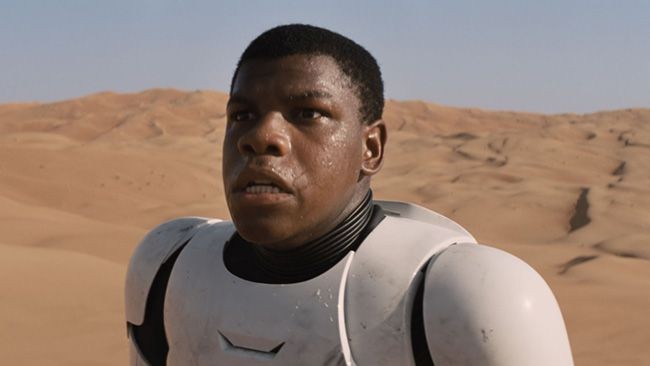 (Voice: There’s been an awakening…….have you felt it?)

Thoughts: In the middle of nowhere on Tattooine and a sweaty panicked guy in a Stormtrooper uniform. Obviously he’s not a Jango Fett clone, so maybe he’s in disguise as a Stormtrooper? Is that an Imperial Probe Droid I hear? 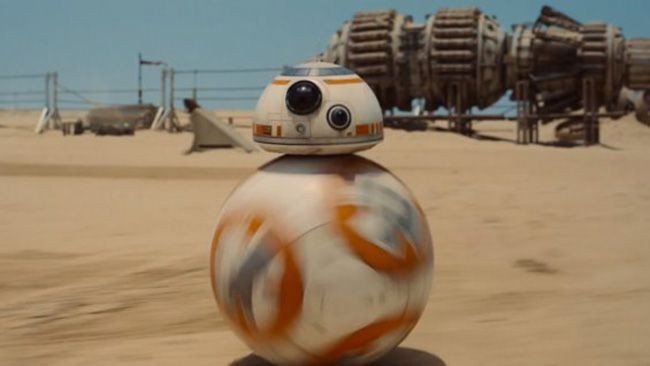 Thoughts: Not much to say here other than it’s an R2D2 type head on a soccer ball rolling in the sand. Droids have advanced in 30 years I’m sure we are bound to see more in the movie! Hmmm… It also looks as if it is running away from something.

Thoughts: On Tatooine. A girl that looks very Natalie Portman-ish (maybe daughter of Han and Leia?) looks alarmed and jumps on a speeder to somewhere in a hurry. Third unsettled scene, I’m seeing a trend here.

Thoughts: Stormtroopers (Yes!!) Looks as if they are preparing for an invasion? The 3rd trooper in looks shorter (clones are same height remember….duh) so maybe it’s the guy from the first scene hiding in the mix? New helmets and uniforms. Hmm, I get a sense the Empire is doing quite well since post-Death Star destruction #2.

Thoughts: X-Wings! (Again. Yessss!!) Rebel pilot in the cockpit, new helmets and look, again a lot of upgrades in 30 years! Hmm… Where are they? Definitely not on Tatooine, however they too look like they’re rushing to something in a hurry. (Love the X-Wings screaming right above the water!)

(Voice: The darkside……..and the light)

Thoughts: Snowy scene. A hooded dark figure walking through the forest with purpose …like a badass. Why is he a badass? Because he breaks out a red tri-saber thats why! Obviously the Sith are still around as well. 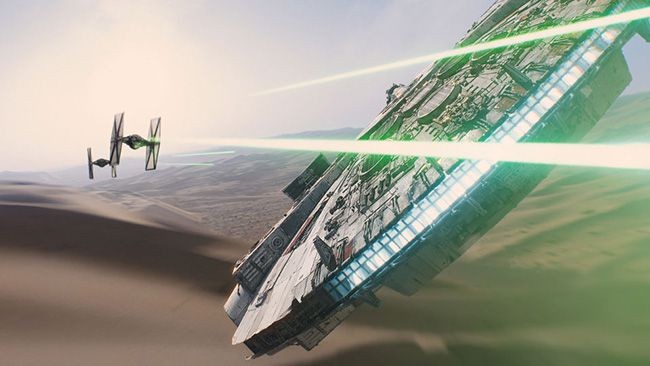 Thoughts: Millennium Falcon (F-Yeah!) flying and twisting around in the sky (Hey they replaced the dish!) swoops back down and glazes across the sand (Tatooine again?) to meet two Tie Fighters head on!

My first thoughts were when it ended “Wow! What the hell!? That’s all? What’s going on?!” I was beyond teased! The visuals and auditory of the trailer played ‘peek a boo’ with you the whole time. It led you up to the ledge and then pushed you off! The music played a big part as it ramped you up more and more as each unsettled scene goes on. Unsettled meaning, something bad is going to happen or “there’s a disturbance in the force”. Here’s my prediction on how the story may be played out!

The Empire will strike back………again!

In 30 years since Return of the Jedi, I assume things have been pretty peaceful around the galaxy. The Rebels are probably playing more of “protectors of the galaxy” role. Most joining to rebuild the republic and maintain peace in the galaxy. Han and Leia more than likely had kids and is settled on a peaceful planet together. I don’t think Luke had it very easy though. I think things were good for awhile, but in time I believe the death of his father has left him conflicted. So much that he isolates himself, a hermit on Tatooine like Obi-Wan. Not to hide, but so he doesn’t hurt anyone or himself. Or maybe I’m wrong, maybe now that his father Anakin is a spirit along with Yoda and Obi-Wan they might have created an new Jedi Order?

Peace never lasts forever. Needless to say it’s pretty big galaxy and the Empire had a damn good grasp of it. Do you think the destruction of the Death Star and death of Darth Vader/Emperor Palpatine stopped the existence of the entire empire? Nope. As far as the Death Star goes it was simply just a flying battle station, which they built, got destroyed and tried to rebuild again. I would assume the Empire has hundreds if not thousands of stations on other planets, with hundreds of commanders and thousands of stormtroopers, and an armada of Star Destroyers. For 30 years the Empire has been regrouping, retooling, upgrading and waiting for that one moment to strike back yet again!

Ok yeah there’s an Empire, but um…..who’s leading it? Well, Yoda said it best in Episode I – The Phantom Menace: “Always two there are, no more, no less. A master and an apprentice.” Even though it was never shown in the movies, Darth Vader must’ve had an apprentice. Could it be the Sith in the snowy woods? When Vader matured I believe the Emperor may have taken on another as well. The Sith are alive and well, and possibly in great numbers. What would Star Wars be without “War”?  I feel the Rebels, Luke, Leia, and Han will  be once again fighting for galactic peace. New heroes will be born, new enemies will be met! From December 18th, we will have to wait 31,536,000 seconds until the premiere. For us fans, it’s going to feel like an eternity, all thanks to 88 seconds of the perfect teaser trailer!