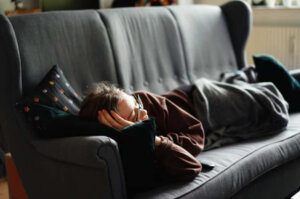 With Netflix, is there ever a healthy relationship where you keep restricting yourself to just one episode per night, something to watch while you’re eating your dinner perhaps? Well, speaking for everyone, you just can’t do that, can you? One episode turns into two, and every time you tell yourself ‘oh just one more’ it’s too late. You have gone to the dark side and are bingeing the entire series. It happens, hey-ho. The main thing here is that you are watching the right series, and none of those time wasting, pointless plot types. You need to jump on the hype basically, Netflix has a good way of telling you what’s hot and what isn’t, with their top ten shortlists. But, perhaps you may have watched all of those already, and just need something more to accommodate you. Down below, we have quickly listed some of the best for here, and right now. Happy bingeing!

Oh, and if you happen to be looking for something more to entertain your evenings, casinos with live Monopoly will probably do it for you.

So, Lupin dropped a second season just recently, and if you have not jumped on the bandwagon of viewers, you really are missing out. Being that it is a French series, the main character is an immigrant son of a Senegalese family, who unfortunately was imprisoned wrongly and this leads to the suicide of his father. This leads to Lupin, plotting a revenge scheme, where a thief will make the family who wrongly accused his father pay. If you were a fan of the Incredible Hulk, you will enjoy this as they both were directed by Louis Leterrier.

While we can admit fantasy is not always for everyone, as the theme and story just needs to be done very well for it to be a success. This show offers a similar genre to the hit The Witcher. So, stay sharp and commit to this if you were a fan previously of that show. This show is filled with drama, adventure and a twist of a plot. You will have plenty to chew on as the episodes move forward. It just takes the first couple of episodes to get into the main gist of it all. So, stay patient as you will get lost in a world you never knew could exist. Netflix also has confirmed a second series, so that should tell you how good it is really.

The Haunting of Bly Manor

If you are looking to watch a horror series, you will definitely appreciate this one. After following the first successful series, you come to the Bly Manor. Hill house and Bly Manor do not share the same heights of horror, that we will say, but it still is terrifically good and captures terrifying moments, where you will spill your tea, coffee or popcorn.

This series in particular follows an American au pair who is looking after children. The giant house they live in certainly has many spooky events that will stop any child from going to bed without nightmares. Hey, even grown adults will certainly have problems doing that. Just saying, be ready to be looking over your shoulder in the dark moving forward from watching this.

Yes, we know this one has been around for a while and certainly has some hints and similarities to the hit TV show Friends. This one however, shakes it up a little and while it does not compete with Friends, Zooey Deschanel really does do a good job in making us laugh unintentionally. Her quirk alongside her housemates (who soon become her best friends), will have you laughing hysterically at times. Isn’t that just what we all need when we have had such a long and stressful day to speak for? Yes, we think so too.

Yeah, the name is not something that we were entirely keen on at first, mainly just because of the way it sounds, just don’t let that put you off. Based around a group of people who have named themselves after major cities in the world, you will come to wholeheartedly support the criminal activities and plans that they wish to execute. Without giving too much away, these criminals are led by a charismatic character called the Professor, or el professor in Spanish. The series takes you through clever executions that have one aim- a money heist. From the start, it will grip you right away, and if you happen to know Spanish, you can watch it without the dubbing. If not, and you do not particularly like dubbing, opt for subtitles instead, and get familiar with the exotic language.

It is believed that the next season (part 5) is coming to our screens during September some time, so it would be good that you plough your way through the episodes and get to season 5 with it all fresh in your mind. Yes, we may re-watch it to make sure we are ready for September too.