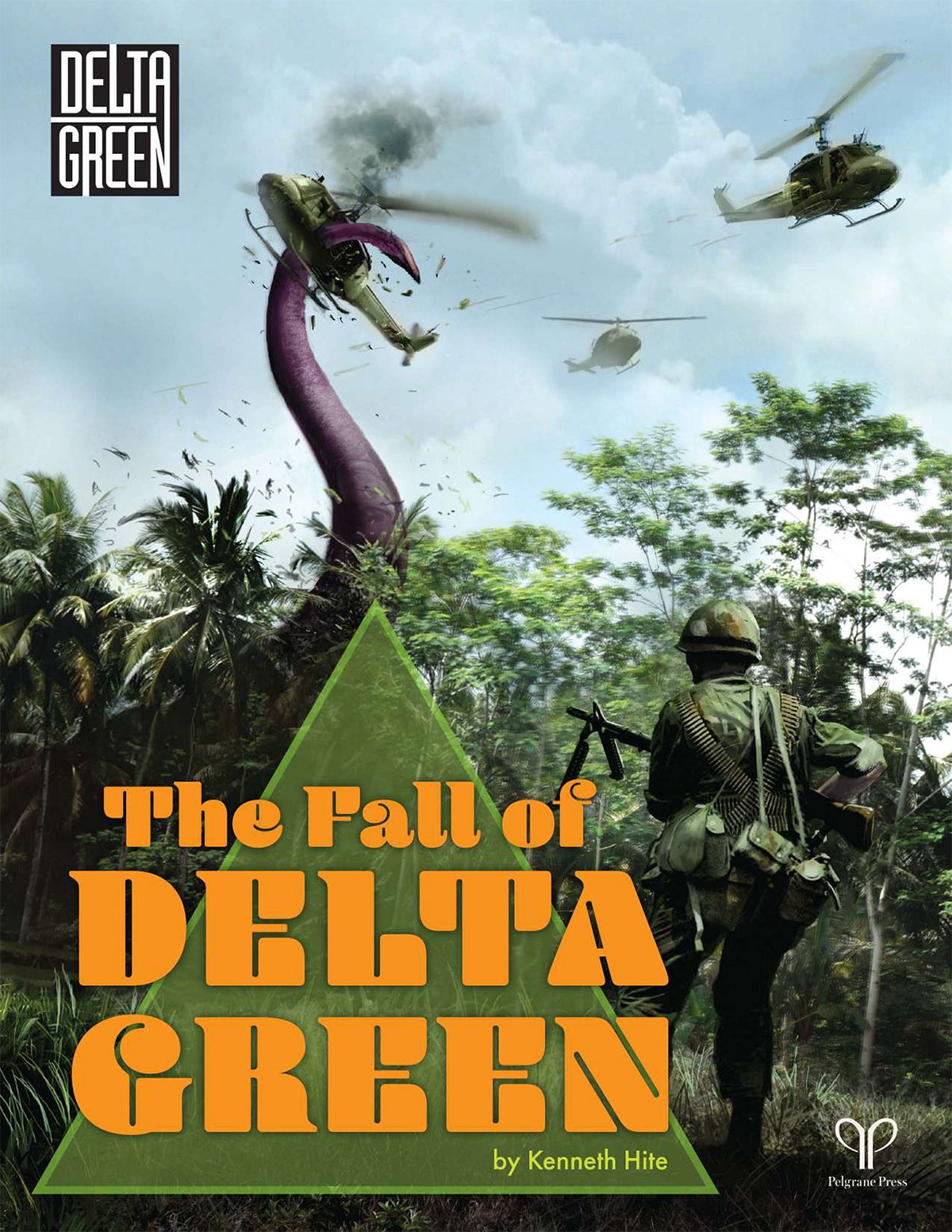 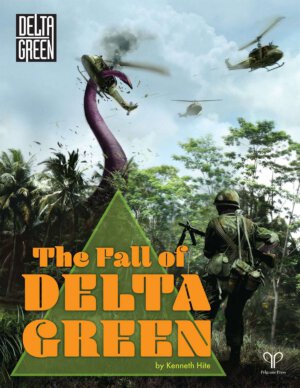 Game: The Fall of Delta Green

The Fall of Delta Green, winner of the 2019 ENnie Award for Best Setting, cracks open the eponymous organization’s history for a trip back in time. Set in the tumultuous 1960s, four decades after the raid on Innsmouth, Massachusetts, the game explores one of the darkest and most influential chapters of Delta Green’s past.

One important note: this is a spoiler-free review. Players will find no more setting specific-detail than what’s provided on the book’s back cover. While The Fall of Delta Green contains an expansive lore section that will be a delight for Handlers, serving as fodder for no shortage of scenarios,  it will not be discussed in any depth as to preserve the experience for those playing as Agents. 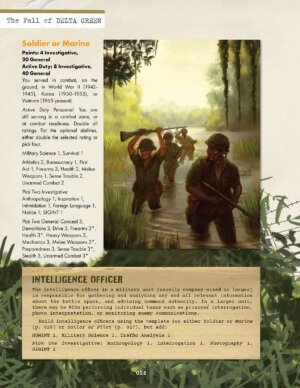 Unlike the d100-based mainline title, The Fall of Delta Green runs on the Gumshoe system, a d6 engine that divides skills into Investigative and General Ability categories. Investigative Abilities always succeed, no die roll needed; if you have a point in the skill, the assumption is made that you’re sufficiently competent to recover the clue. While this removes the risk of a bad roll leading to a missed piece of information, it places a greater onus on players to dig in and fit the pieces together, and to be mindful of the potential gaps in their clue gathering efforts. This makes The Fall of Delta Green a great choice for those who want to live out the mystery and test their wits.

General Abilities, however, come with no such guarantee of success. Called for at the Handler’s discretion, General Abilities tests vary in difficulty and come with potentially deadly consequences: add any points from the General Ability pool, roll the die, and hope for the best.

So, does The Fall of Delta Green still feel like Delta Green? Absolutely. There is still the same potential for incomprehensible and unnatural horror; the same existential threat to body, mind, and soul; and the same toll of deception, deceit, and death as Agents’ lives fall apart, casualties to the war against the terrors of the cosmos. The Gumshoe system, while more narratively-oriented in the investigative sphere, still provides for moments of nail-biting tension, crushing defeat, and epic (if temporary) victory. In short: Deception is still a right, truth is still a privilege, and innocence is still very much a luxury.

The biggest difference, then, is in the historical setting. Delta Green, the standalone system funded by a wildly successful 2015 Kickstarter, is often an explicitly modern, explicitly post-9/11 experience in both setting and narrative sensibility. While author Kenneth Hite is quick to point out that Handlers and Agents should not feel tied to slavish adherence to historical verisimilitude as far as systemic institutional discrimination is concerned, The Fall of Delta Green is very much entrenched in its 1960s setting. This carries through from the details of 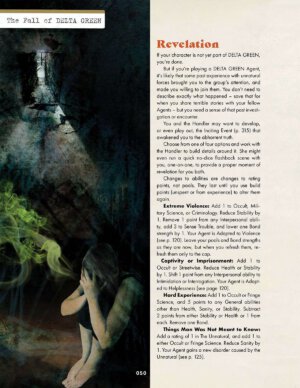 the world to the language of the writing to the visual design of the book itself; The Fall of Delta Green ­—in reference to both the game and the pivotal event it describes— is very much a product of the decade it explores. Despite the 1968 date on the book’s back cover, The Fall of Delta Green actually allows for games set in three eras, Bright and Shining (1960-1963), Stabilizing (1964-1967), and Harrowing (1968-1970), allowing a multi-mission campaign to truly explore the descent into chaos on an institutional and cultural level.

Kenneth Hite’s work on Arc Dream’s annotated The King In Yellow was standout, adding nuance and context to a little known, nearly lost body of work. Informative without being dry, and entertaining without feeling flimsy, he brings the same approach to the historical elements interwoven throughout the text here. Even players who don’t considers themselves particularly well-versed in the period will have no trouble settling in.

The Fall of Delta Green is a brilliant addition to the horror roleplaying space, and does much to expand the broader Delta Green universe. Gumshoe’s narratively-driven investigation challenges players to think hard and creates explicit space for character-centric beats. Longer campaigns allow players to truly experience the fall and its aftermath, setting the stage for a clear ramp into a modern, mainline Delta Green campaign. The Fall of Delta Green is both a rich new chapter for those experienced with the world, and a strong entry point for newcomers; this is one game that isn’t to be missed.

TGG REVIEW
10 TGG SCORE
9 VISITORS' SCORE (1 vote)
Summary
The Fall of Delta Green is a brilliant addition to the horror roleplaying space, and does much to expand the broader Delta Green universe. Gumshoe’s narratively-driven investigation challenges players to think hard and creates explicit space for character-centric beats. Longer campaigns allow players to truly experience the fall and its aftermath, setting the stage for a clear ramp into a modern, mainline Delta Green campaign.
REVIEW SCORE
What people say... Leave your rating
Sort by: 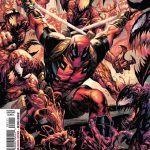 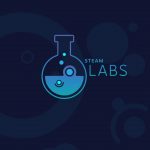