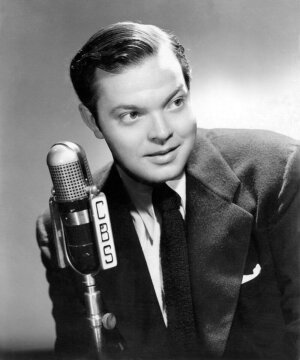 One of my favorite radio performers has always been Orson Welles. People forget what a truly prolific radio actor he was back in the day. In fact, during the late 1930s, Welles was in such demand he would hire an ambulance to speed him from studio to studio across New York City to act in a variety of programs.

Lucille Fletcher penned two of the most famous radio plays in history. One, The Hitch-Hiker, you’ll listen to right here. The other, Sorry, Wrong Number, well tackle a bit further on during the Spooktacular. “The Hitch-Hiker was written for Orson Welles in the days when he was one of the master producers and actors in radio,” Fletcher wrote in her preface to the published version of the radio play, which adapts it for the stage. “It was designed to provide a vehicle not only for his famous voice but for the original techniques of sound which became associated with his radio presentations. … Orson Welles and his group of Mercury Players made of this script a haunting study of the supernatural, which can still raise hackles along my own spine.”

Another interesting note is that the music from The Hitch-Hiker – composed by Fletcher’s husband at the time, Bernard Hermann – was used in all four radio presentations. It was also re-recorded as stock music that can be heard (usually uncredited) on the soundtracks of several CBS television series, including the 1960 Twilight Zone adaptation of, you guessed it …The Hitch-Hiker.

I also have to chuckle when Welles makes an impish reference to his War of the Worlds broadcast during the introduction to the story.

So turn out the lights and give a listen to The Hitch-Hiker from Suspense as it aired on September 2nd, 1942. 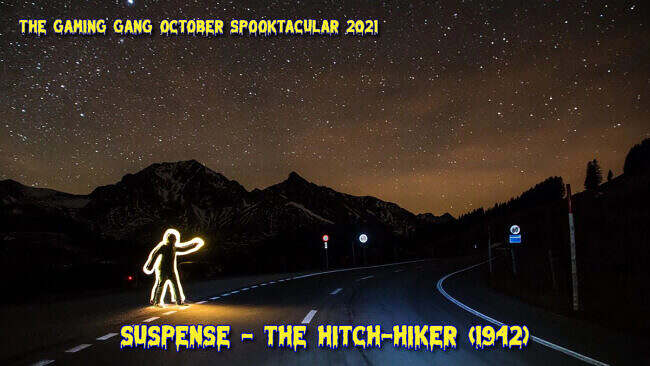