I’m writing this while sitting in Rush Copley hospital in Aurora, IL. Following what is being called a cardiac event (not a heart attack) yesterday, I underwent an angioplasty this morning. It turns out the blockages are located in areas that they can’t easily stent or are too severe so I’m going to be undergoing either a triple or quadruple bypass on Monday. Obviously, you won’t be seeing much new on the website until I get home, which will hopefully be right round June 14th.

Thanks everyone and I look forward to getting back in the saddle!

Thanks so much to everyone sending their kind thoughts and prayers here and on social media! Just to let folks know, I’m scheduled for a triple bypass (things could change once they’re in there) on Monday morning, 6/7. I’m just cooling my heels in the hospital until then. I’ll update folks Sunday night and hopefully again maybe as soon as 6/9 or 6/10. 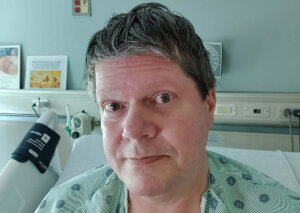 I'm going to be undergoing either a triple or quadruple bypass on Monday. Obviously, you won't be seeing much new on the website until I get home.
0
Awful

NoelHope you are doing well!...

Jeff McAleerThanks Madman! I'll be doing my best to get back in the saddle because I find shooting the videos and doing the live show pretty theraputic....

MadmanYou know you have a lot of people that care. Take your time climbing back in the saddle. Don’t tell my wife I said this, but there are more important things than gaming. 🤣 We’ll be here when you return. Take care!...