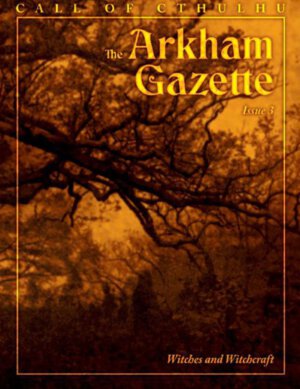 Players: It’s for an RPG, so two or more

Truthfully, I wasn’t familiar with Sentinel Hill Press or their ongoing yearly Arkham Gazette until Bret Kramer reached out to ask if I’d be interested in reviewing the third issue of the oversized yearly magazine. The mag is devoted to Call of Cthulhu and each issue tackles some aspect of Lovecraft Country. The first issue looked at the town of Arkham while the the second dealt with Innsmouth and the surrounding area. Witches and witchcraft are the topic of discussion with the recently released third issue. You’ll encounter plenty of historical facts and fictional nuggets as well as an extended thirty page adventure within the one hundred and twenty pages. 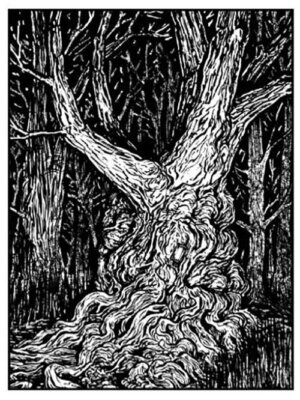 The issue kicks off with a look at various historical witch trials which took place throughout the New England of the 17th century. While the infamous trials of Salem, Massachusetts immediately come to mind when one thinks of witchcraft in America nearly every colony went through some sort of witch hysteria at one point or another. Sadly, the historical records don’t always provide more than names and dates but the Gazette provides sketch information where available.

The next section talks about witchcraft in Lovecraft Country and how Keepers can incorporate this into their adventures and campaigns. Off the top of one’s head most fans of the Mythos will think of The Dreams in the Witch House as a Lovecraft tale involving witchcraft but plenty of other stories (The Dunwich Horror, The Case of Charles Dexter Ward, The Silver Key, and Through the Gate of the Silver Key to name a few) hint at connections between the Mythos and the practice of black arts. Special attention is paid to the areas of Arkham, Dunwich, and Kingsport.

Also of interest is the article regarding the creation of witches to fit into CofC adventures. Rather than simply putting together clones of Keziah Mason (The Dreams in the Witch House) Keepers are encouraged to think outside the box when devising witches and warlocks. Different archetypes of witches are discussed and these NPCs – be they white, grey, black, or false witches – can be used as friend or foe for the investigators. Various spells as well as sources of power are also covered in this article.

Gods of the witches are the next topic and the possible relations such Mythos entities as Nyarlathotep, Azathoth, and Yog-Sothoth may have with witches is detailed. Also explored are the possible connections with other Mythos creatures like ghouls, rat-things, and the lloigor. Following this is a bit of a bestiary featuring familiars and greater horrors which may be employed by practitioners of the black arts. Other articles include a look at folk magics, physical deformities which were historically considered marks of the devil, new occult tomes, a location known as a Witches Hallow, as well as adventure seeds. 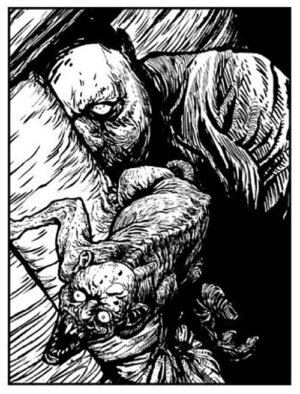 Possibly the biggest selling point of this issue of the Arkham Gazette is the extended adventure The Queen of Night. In it the players are drawn into the investigation of a grisly, and possibly occult related, murder. Soon the investigators will learn of ancient pacts on the verge of renewal as well as horrors of a more earthly nature. This is an awfully good scenario aimed at experienced gamers capable of dealing with some mature and unsettling subject matter.

The issue concludes with an annotated scenario bibliography detailing past Call of Cthulhu adventures which deal with aspects of witches and witchcraft.

This third issue of the Arkham Gazette is a fantastic source for any Keeper looking to incorporate witches and covens in their Lovecraft Country adventures. Outside a handful of typos, the issue is nicely presented and contains a wealth of useful information. I will mention the stats are all based on the 6th edition of the rules but converting over to 7th edition CofC is certainly easy enough. Also, sad to say, the first two issues of the Gazette are undergoing revision and aren’t currently available. I can tell you I’ll be eagerly awaiting their re-release and I’m hoping both issues are just being converted to 7th edition CofC.

I have to say I’m very happy Bret Kramer contacted me to check out the Arkham Gazette as it’s an excellent read and surely deserving of your attention. Even if a Keeper isn’t overly interested in using everything contained in the issue for ongoing campaigns, the adventure alone is well worth the price of admission.

An excellent magazine devoted to Call of Cthulhu with a focus in this issue on witches and witchcraft. There's loads of useful information and the adventure contained within is well worth the purchase price alone.