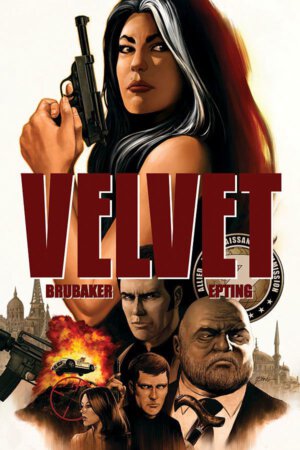 Image Comics has the latest espionage series coming from writer Ed Brubaker and artist Steve Epting this October. Well known for their ground breaking work on Marvel’s Captain America, the duo reunites for an all new spy series entitled Velvet. Featuring a heroine at the heart of it’s Cold War stories, Brubaker promises a new take on the genre as Velvet Templeton shows us a female agent – in the 1960s – with a multifaceted personality.

Says Brubaker, “A lot of what being a spy is about is pretending to be what you’re not. That’s where “Velvet” came from. I looked at characters in these spy movies that were made from the 1960s-1980s. I kept thinking that the female characters were way more interesting than the creators would let them be. I started to build Velvet, and when I figured out her backstory, I felt like she was really – especially in a world where women weren’t allowed to be that powerful.”