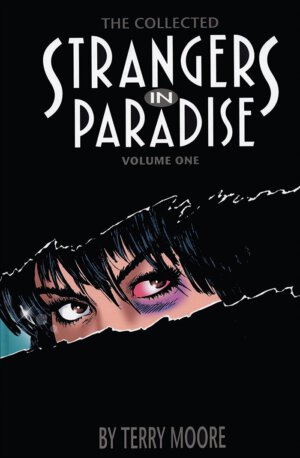 Since Terry Moore happens to be one of my favorite comic creators, I’m always thrilled to run across news of Moore related projects and developments. I’m already pleased as punch that we’ll see the return of Strangers in Paradise (my favorite comic series of all time) in 2018 and now it has been revealed SiP is currently being adapted for a feature length film. For the uninitiated, Strangers in Paradise tells the story of friendship and love between main characters Katchoo, Francine, and David (as well as a cast of truly eclectic minor characters) throughout their lives. SiP isn’t simply standard romcom or bodice ripping sort of fare either as Moore magnificently weaves humor, romance, adventure, tragedy, mystery, and fantastic art into an unforgettable tale.

In other words, if you haven’t read Strangers in Paradise, get your butt over to your FLCS, or Amazon, of the Abstract Studios website and check it out! Okay… Back to the news!

Yesterday, The Hollywood Reporter broke the story Moore and writer-director Angela Robinson have joined forces to bring Strangers in Paradise to the big screen. Outside of the collaboration reveal there aren’t any other concrete detail about Robinson seems like a good choice since she’s already tackled a “love triangle” tale in her upcoming Professor Marston and the Wonder Women. That film is based on the Wonder Woman creator’s, shall we say, less than conventional living arrangements as well as the conceptional origins of the world famous heroine. Professor Marston and the Wonder Women hits theaters October 13th.

I will say I’m a touch surprised Strangers in Paradise is being adapted for film as opposed to television. The length of the award-winning comic (the main story spanned ninety issues) would be a perfect fit for an ongoing series at a cable network aiming to get more skin in the original content game, ala Starz or Epix as examples. Still, I have no complaints if an SiP movie gets made as I’d certainly welcome the comic, and its creator, receiving plenty more well deserved recognition. 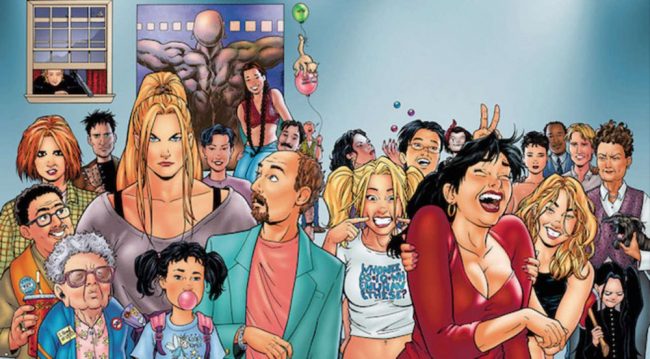