Here’s what hit comic shelves this week from our friends over at Zenescope Entertainment. Not only can you get your history fix with Mankind: The Story of All of Us Volume One (based on the series airing on History) but then take a break from all that edjumakatin’ and learnin’ to ogle some four color cuties in the week’s other offerings. 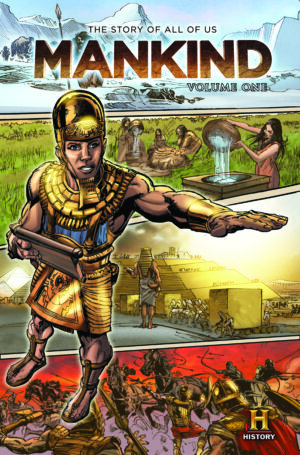 Mankind: The Story of All of Us Volume One

Based off the Television Event on HISTORY

From the producers of America the Story of Us comes the epic tale of the rise of civilization. The 12-hour series spans the first flourishing of civilization in Mesopotamia through the discovery of America. Groundbreaking production techniques bring to life the greatest landmarks and milestones of human achievement. CGI rebuilds lost worlds; large scale reenactments replay critical battles; innovative use of interactive maps dynamically illustrates the key factors that gave rise to civilization across the globe. MANKIND: The Story of All of Us emphasizes the simultaneity of the human adventure – how ancient Egypt thrived while Stonehenge was being built; China was at its zenith while Europe was plunged into the Dark Ages. HISTORY captures the danger, action, struggle, heroism, and
adrenaline of MANKIND: The Story of All of Us. 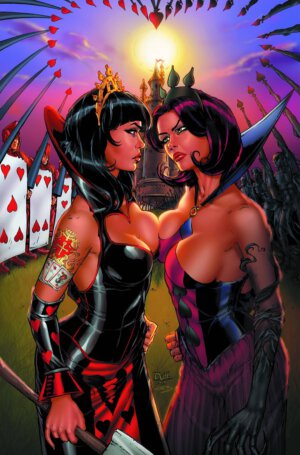 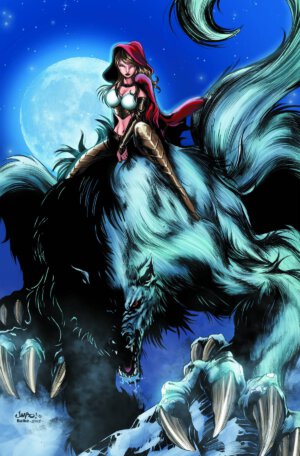 Sela learns how the Reavers are being controlled and tracks down Baba Yaga who is intent on using the crown to finish off the Dark One once and for all but will she convince Baba Yaga to postpone her revenge and turn coat against the other bad girls or will she too fall victim to the powers of the crown.  Don’t miss the baddest series in the history of Grimm Fairy Tales. 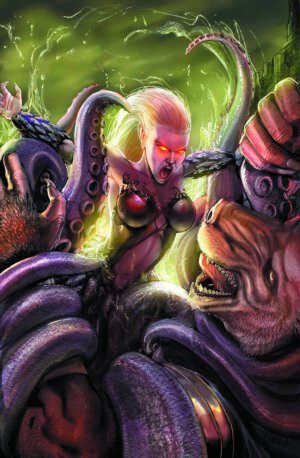 “The summoning” story arc continues here and the Grimm Universe will never be the same.  With all three pieces of the amulet finally brought together the key gem is the final item missing needed in order to summon Helios from his eternal prison.  Using the shards Baba Yaga, the Sea Witch and Venus track down the Innocent who holds the key.  The only thing standing between them and world domination is Samantha and things are not looking good for the guardian of the nexus.