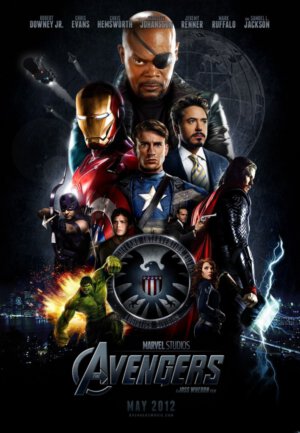 By now, 98% of the population has seen the masterpiece Marvel Movie: The Avengers. What does the future hold though? Here are the confirmed and rumored movies we might or will be seeing in the future.

This summer, the Spider-Man reboot will be released on July 3rd. Don’t expect to see Spidey appear with any of the Avengers any time soon, as he is owned by Sony Pictures. Of course, the Avengers are now Disney characters (Marvel is owned by Disney).

The Wolverine, with Hugh Jackman back as that wascally Logan, is due out in July 2013. All we know is that Logan will be travelling to Japan to train with a Samurai Warrior.

Iron Man 3 will beat him to the punch as it were, Tony Stark makes the scene in May of 2013. Will Tony be facing Mandarin? That is the rumor.

Thor 2 will start the holiday season next year, due to be released November 15, 2013. That’s all the information that is available.

Deadpool makes the scene in 2014, starring Ryan Reynolds as Wade Wilson/Deadpool. I hope it works out better than Green Lantern did for Ryan. Directed by Tim Miller.

Captain America 2 will also come out in 2014, April 4th to be exact. Chris Evans has already signed on. It will reportedly take up with Cap right where the Avengers left off. As the “man out of time” Cap will be keeping the closest affiliation to S.H.I.E.L.D of all of the group. He’s got no place to go.

Ant-Man, the super-hero we’ve all been waiting for, will also show up in 2014. In Ant-Man, Biochemist Dr. Hank Pym uses his latest discovery, a group of subatomic particles, to create a size-altering formula. Though his first self-test goes awry, he develops an instrument that helps him communicate with and control insects.

There will be another X-men movie, the theory is that it will feature Jennifer Lawrence as Mystique (in between filming the Hunger Games movies), so I anticipate it to be a sequel to First Class.

Doctor Strange should be making his on-screen debut in 2015. In this, a subtly maimed surgeon finds a new life when a wizard trains him to become the new Sorcerer Supreme of Earth. Who might be tagged to play Dr Strange I wonder? Patrick Dempsey has expressed interest. What about John Cusack or Ed Norton? Norton supposedly based his character from The Illusionist on Stephen Strange.

We might also be seeing a Nick Fury movie. Yes the head of S.H.I.E.L.D is rumored to be getting his own flick. After all, Samuel L. Jackson has contracted to play Nick in nine separate movies. I think Fury deserves to tell his own story; he has been around for a long time.

I’m sorry to say that we won’t be seeing an Avengers 2 movie until 2015/2016. It reminds me of the years I spent waiting for the next Star Wars movie to come out. At least we get to see these other movies in between. Thanos will be the villain, having stolen the Infinite Gauntlet from Odin’s throne room.

According to Business Standard, if everything works out, Scarlett Johansson will be starring in a Black Widow prequel movie, telling the tale of her origins in Russia. The actress was quoted as saying “I love her origin story. I think it’s just such a riveting one. It’s just steeped in history and the richness to shoot in Russia, perhaps… I hope that the fans’ voice is loud enough and they want to see a Widow origin story, I know Marvel would be happy to entertain that. We’ve spoken a lot about it”.

I know I would like to see it. C’mon fans, let Marvel know.