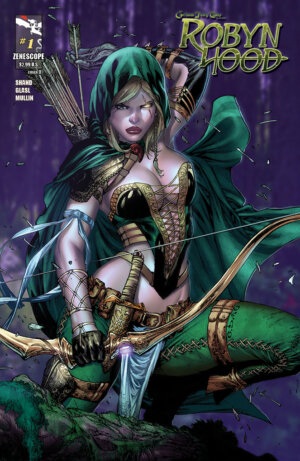 Fresh and HOT off the press from Zenescope Entertainment this week is:

The BRAND NEW series that reinvents the classic tale of action and adventure in green is HERE!!!

In the lands of Myst a tryant rules the city of Bree with an iron fist leaving its citizens living in fear and terror. But all hope is not lost when one man takes the first steps to finding the one person who might save them all. Meanwhile on earth Robyn has had a troubled life for many years since her mother’s death. In and out of foster homes Robyn now finds herself transferred to a high class high school filled with the rich and over privileged. But when Robyn crosses one of the popular kids she will learn first-hand the extent of torture they are willing to go to against those who transgressed against them. Don’t miss out on the hottest new fantasy series of the year. Featuring covers by Greg Horn, Eric Basadula and Stjepan Sejic. 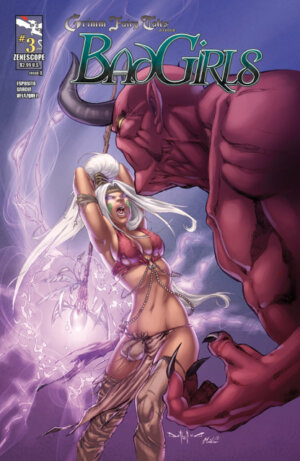 Red Riding Hood, Sela, Samantha and Cross join forces to battle the evil creatures unleashed by the Bad Girls of the zenescope universe but will their combined power be enough to defeat these vicious beasts or will they too fall victim to the most evil women of the Grimm Universe? And how does the realm of Wonderland play into their master plan? Don’t miss the baddest series in the history of Grimm Fairy Tales. Featuring two incredible homage covers as Zenescope celebrates its seven year anniversary.

A pirate ship carrying four children crashes on the shore of a mysterious and merciless jungle. Each child is taken by a separate tribe of animals as a means to keep the peace between the warring species. It is a peace that will not last. Fifteen years later the children have now become young adults and each will have to face the destiny that awaits them. In an unforgiving jungle four human children will be tested to the limits of survival. Zenescope brings you their newest reinvention of a classic take that is going to blow you away! 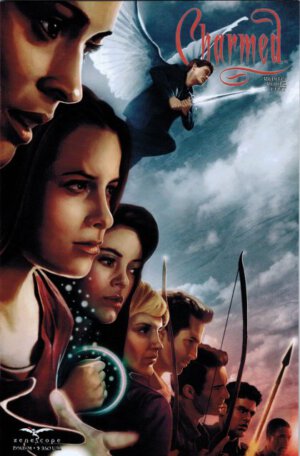 Four sisters, bound by love and magic, have had their lives turned upside down many times in the years since they first inherited their powers. Now, they must put aside their differences and work together to take back their world. The Charmed Ones will need to unleash the full strength of the magic that has been growing through their family line for centuries in an epic battle that will bring season nine to its earth-shattering conclusion.