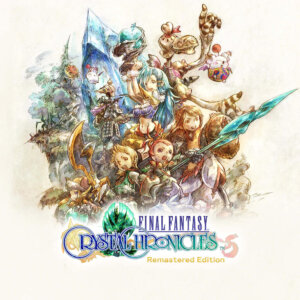 The world is extending towards a technological space wherein mobile phones are on the verge of becoming a necessity and online games will be the only source of entertainment for the coming generations. Usage of mobile games has already piqued in the pandemic, leaving behind the physical mode of the game as an alienated sport.

Also, online casino games have become very popular amongst modern-day gamers. Online casinos are played against virtual offerors. These online games are essentially optimized for Android and iOS users. You can easily play these games by downloading the app or by just simply surfing in through the browser.

You might be confused about which game to play and which not. Well, we have listed some of the best online mobile games for you that work efficiently on both Android and iOS. Just pick the ones you find interesting and boom! You are ready to turn the tables of fun for you.

This game will cover new character voiceovers with around 4 players in a multiplayer mode with cross-functional gameplay features. The game will include new dungeons, a few bosses, and some new character skins.

The game critics have discovered about the first mega-project which takes the characters of the Vainglory towards a 3v3 brawler wherein the players will battle in a more colorful and vibrant setting than it’s in the MOBA relative.

Silverback Gold is one of the best upcoming mobile casino games with its unique jungle theme and multiple bonus rewards that are not restricted to wagering requirements. Several new bonuses are offered every day along with fast rewards in the form of free spins and lots of other prices. The game selection available with Silverback Gold is enormous and the site offers you hours of gaming fun.

The game features a new storyline starring everyone’s favorite SuperHeroes and Villains. The game begins with multiple piles of earth converging all around the dimensions to form an entirely new form of Primary Earth. The Super Hero team and the players ought to work together to battle against Super-Villains, defending the universe.

The developers mentioned the game to be compatible with CCG and strategy fans who take immense interest in playing games based on historical themes. This game is free-to-play and involves players battling one-on-one online against other players.

With the advent of fast pace technology and the growing online gaming sector, it is quite believable to have completely taken a shift towards online mobile gaming by 2022. To clear out your confusion and ease your searching skills, we have listed the top picks of online mobile games for you. You can choose the best one for you according to your choice and preferences.