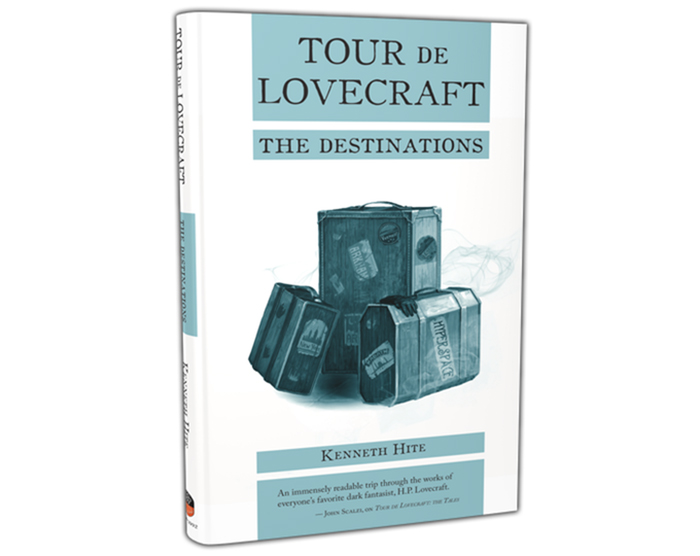 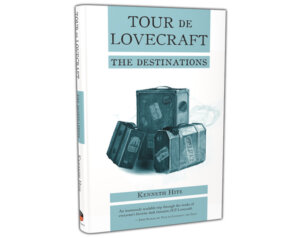 Ten years ago Ken Hite put Atomic Overland Press on the map with his collection of Lovecraftian siteseeing pieces, Tour de Lovecraft: The Tales, and has now returned for a follow up volume. Tour de Lovecraft: The Destinations builds upon Hite’s series of Weird Tales “Lost in Lovecraft” essays as the author once again looks at the hidden and mysterious places found in the original tales of the Cthulhu Mythos. Not only are both volumes perfect for Lovecraft readers but much of Hite’s writing is also an excellent source for inspiration and gaming nuggets for those who run Lovecraftian RPGs.

Tour de Lovecraft: The Tales was the publication that launched Atomic Overmind Press. Now, a decade later, Kenneth Hite and Atomic Overmind are ready to take you on a whole new tour through the world and works of Howard Phillips Lovecraft.

“Searchers after horror,” wrote H.P. Lovecraft, “haunt strange, far places.” Tour de Lovecraft: The Destinations gives you a guidebook to those places, and to places still stranger and farther yet … places shudderingly close to home.

Kenneth Hite guided readers through Lovecraft’s plots and themes in his earlier book Tour de Lovecraft: The Tales. Now, expanding on his “Lost in Lovecraft” essay series in Weird Tales magazine, he takes you on a sight-seeing tour of Lovecraft’s settings: from Arkham to Antarctica, and from New York City to Hyperspace. For Lovecraft the setting was everything, and his legendary locations still hold meanings and secrets for today’s readers. Tour de Lovecraft: The Destinations drives the hidden routes connecting seemingly unrelated tales. It follows the tracks of Lovecraft’s predecessors and models, stops to get its bearings in the real world, then plunges back into mystery, deciphering and explaining the symbols and signs on the Master’s map.

Kenneth Hite climbs the crags of Kingsport with you, and shines a light under the shadows over Innsmouth. Don’t stray far from the group in the Dreamlands, and while in Vermont, please keep your head and hands inside the bus. With Hite as your guide and Tour de Lovecraft: The Destinations as your guidebook, you can’t get lost in Lovecraft even in the loneliest parts of the planet … unless you want to …

More From: Books and Magazines 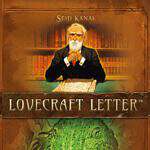 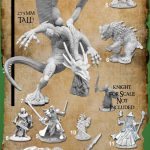