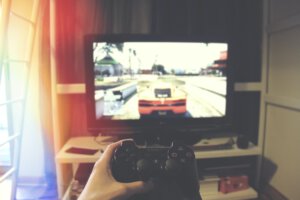 Few game developers can create as much anticipation for the release of a sequel as Rockstar Games can. The company, which has its roots in Scotland but now bases its headquarters in New York, gives very little away about its upcoming games until it’s close to the release date.

It is usually most tight-lipped about games in the Grand Theft Auto series, which is Rockstar’s most successful title by far. So, while it’s almost certain that GTA 6 is in development, we know almost nothing about the game.

That doesn’t stop the rumor mill from churning out fresh GTA 6 gossip at regular intervals though. Here are some things the community believes to be true.

Despite there being a total of 16 different GTA games, the series has only featured six cities: Liberty City, Vice City, Los Santos, San Fierro, Las Venturas, and London. Since the PlayStation 2 releases, GTA characters haven’t left the United States.

This could be about the change though. The game’s codename is “Project Americas”, with some believing that the game will be set in Vice City and a new fictional city that’s based on the Brazilian city of Rio de Janeiro. The Netflix show, Narcos, is believed to be a significant source of inspiration for the game.

This could mean players will need to read a lot of subtitles unless you can speak Portuguese too.

Other rumors have suggested a return to London, but we hear that every time a new GTA game is in the works.

Minigames and Side Missions 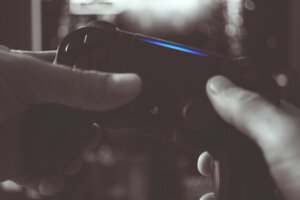 With Grand Theft Auto games, details about minigames are usually one of the last things to leak, and some we don’t find out about until the game has been released. This is the same for GTA; we know very little so far but we can likely expect many of the same features found in the most recent games.

Grand Theft Auto V and San Andreas both have working casinos packed with different games that you can play, including roulette, blackjack, and 3-card poker, a variation on several other popular versions of the famous card game. We can probably expect something similar in GTA 6.

The vigilante missions got an overhaul in GTA IV, which was welcomed by most fans, but they were absent in GTA V. Hopefully, Rockstar will bring back this popular feature.

A business empire mechanic, similar to (but better than) the one in Vice City Stories is expected to be included.

It is believed GTA 6 will go back in time again, with the game being set in the 70s and/or 80s, resulting in another killer soundtrack, like in Vice City.

Other rumors have suggested the game could be played in “chapters”, spanning the 60s, 70s, 80s and/or 90s. This would, to some degree, require the company to develop different cities that show the change in architecture over that period, which might be asking too much.

Some rumors have also suggested a “prison chapter”, but this would be a big step away from the traditional open-world dynamic.

While GTA IV had the two additional “Episodes from Liberty City” which added two new character perspectives, and GTA V had three playable characters, it is believed that GTA 6 will go back to having a single protagonist.

The multi-character system had been planned by Rockstar since San Andreas, but it had mixed responses from fans.

Some separate rumors contradict this, with a suggestion that there will actually be four characters, two police officers and two gang members, but this is part a set of “leaks” that contradict many of the other rumors too.

Each new GTA game pushes the boundaries of realism. Even since the first release, players have had a choice of radio stations and the freedom to roam the city as they please. By GTA V, this added the ability to invest in the stock market, surf the internet and communicate with characters through a mobile phone.

In GTA 6, it is expected that Rockstar will push this even further by adding hurricanes and flooding, which could hint towards a Vice City setting.

These continue to only be rumors and we won’t know the truth until we hear it from Rockstar directly. In the meantime, we will just have to continue to speculate.