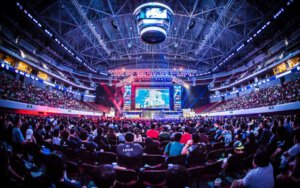 Esports is not something novel. The earliest forms of video game competitions occurred in the early 1970s at Stanford University, on Spacewar, developed by computer scientist Steve Russell in 1962. However, it wasn’t until Street Fighter II rolled around in 1991 that such contests got popularized. The invention of the internet, coupled with the rise of first-person shooters, began morphing this once niche pastime into a global phenomenon. In the mid-2000s, organized leagues with high-end sponsors formed, and eSports expanded into what it is today. Industry projections claim that it will pull in $2.89 billion in annual revenues by 2025.

A massive contributing factor to the rise of this sphere is that the same demographics that love playing video games also have a fondness for betting on eSports. The latter activity has gotten so much traction that gambling sites that offer skins betting have popped up. CSGO ones are super popular, leading the charge.

China reigns supreme as the planet’s dominant Esports market, raking in annual revenues of 360 million with the US trailing behind, generating 243 million per year, and Western Europe coming in third place with yearly revenues of a little over $205 million. Sponsorships are by far the most massive revenue stream for entities operating in this industry, pulling in more than half of all its profits.

Despite these impressive numbers, many analysts wonder if Esports can maintain its growth rate. Is it a fad that has managed to captivate a specific generation, or is it something with staying power that has legs and will grow into a formidable industry for decades to come?

In July 2021, the global provider of Esports wagering products, Esports Technologies, announced that their free-to-play app that lets players win cash rewards by testing their trivia and prediction skills surpassed 100,000 downloads on Google Play and the Apple Store. That is significant because this company uses its dedicated mobile software to estimate its expansion of this sector. Going by their figures, it has swelled by 200% in the past two years, at an annual compound rate of 25%. They also state that the global video game market is worth around $159 billion, over four times that of the movie theater sector, revenue-wise.

Moreover, the current number of premium eSports tournaments stands over five hundred, with over fourteen thousand games streaming every week to over fifty markets. Thus, those operating in this realm, such as Esports Technologies, are looking for new ways to branch off and engage their audiences in unique ways to improve their bottom lines. New avenues Esports entities are exploring include reality TV, comic books, and movies. Though, at the moment, industry brands are primarily reliant on modern media techniques to interact with fans.

Per the CEO and founder of G2 Esports, Carlos Rodriguez, Esports are only scratching the surface, as younger demographics are continuously losing interest in traditional sports.

At What Rate is Viewership & This Sector Expanding?

In 2019, Newzoo came out with a stat that 200 million people around the globe watched Esports often and 197 million did so sparingly. Now, the total number is 474 million, and Newzoo believes that the expansion rate will hold steady at 7.7% over the next three years, hitting an accumulated worldwide audience of over 577 million viewers worldwide. Thus, interest in Esports stretches far, concerning this pastime as a spectator activity, and no one knows its potential limits.

There is also a tremendous rise in Esports awareness, as in 2015, estimations were that less than a million people knew of this activity. By 2020, Newzoo thinks that this figure had risen to two billion and that the industry’s annual compound growth rate will maintain at 23% for the next four years.