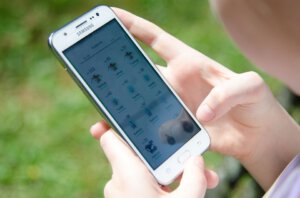 A mere 10 years ago, gaming was seen as a solitary pursuit. Indeed, games were invented for players to switch off from the world and fall into action and adventure, warfare and mystery as they lost themselves across platforms and worlds. But, given how interconnected the rest of the world has become, it makes sense that gaming now includes an extremely social element. Once upon a time, a gamer may have been seen as a solitary figure, now they communicate with genuine friends they have made through the game. So how has gaming become so social?

Games That Inspire Us to Socialize

An aspect of the socialization of gaming is the need for other players. Pokemon dabbled with this when their link cables were brought out, meaning players could only catch every Pokemon if they traded with friends. Fast forward two decades and players can actively play Pokemon together through mobile game Pokemon Go. As LuckyPantsBingo.com shows us, their bingo online chatrooms feature their mascots, Betty Balls and Luke Pants, who regularly hand out free cards, free spins, and physical prizes to participants. This gives an added incentive for players to indulge in the chatroom facility and to make more of a social connection and a community while they play on the site. Games we play through social media, such as Facebook, inspire us to socialize as we play to earn special treats within the game. The best example was Farmville, that inspired players to visit one another’s farms in order to benefit within the game.

Games That Require Us to Socialize 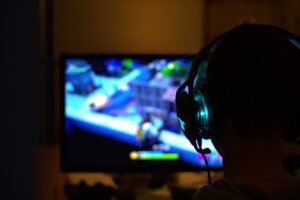 The rise of multiplayer games has brought up the need to interact with other players in order to succeed or even just play the games. eSports tournaments that feature games such as Dota 2 rely on the fact that the game is played as a team and that players need to communicate on their strategy in order to best their opponents. Even games such as Minecraft and Fortnite are made all the more exciting when you can interact with the opponents in the battle royales and can add elements to the game – such as alliances and betrayals – that traditional methods of gaming simply cannot fathom. Across the gaming divide, Scrabble wannabe Words with Friends, by its very definition, inspires us to play with others in order to maximize the wordplay games – and has a chat function that means we can converse with one another as we play.

Gaming is now thought of as a really social activity. For games that don’t have social elements – they often have some marker that shows others are playing such as a leaderboard or a way to interact. But games that don’t have social functions are not intended for being played socially. The development of online networks for the major consoles, as well as further enhancements for desktop and mobile versions of the games means that they are more social than ever and help to bridge the gap between gamers from all over the world.