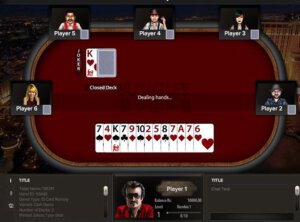 Rummy has been one of the most played games along with other card games like Poker, Blackjack etc. The rummy game tradition starts back in 18th – 19th century when people used to enjoy their leisure time playing cards and drinking rum. The game is believed to have evolved from Conquian which itself is derived from Chinese card games like Khanhoo and Mahjong. The tradition just continued and later evolved to different variations of rummy that we use to play today.

Some of the popular rummy variations that took the world by storm are Gin Rummy and Indian Rummy popularly known as 13 cards rummy. With the rise of pop culture in the 80s, the card games like Poker, Gin Rummy became more famous with some of the legendary pop icons and thus these games even got their own screen space in movies.

The evolution of the card games, especially rummy and poker took place with the rise of television, internet and mobile. While most of the popular poker tournaments started telecasting on prime channels on prime time, more and more people got interested in card games. The interest in these games was majorly due to the possibility of a big cash prize that a player can win if he wins the tournaments. With poker, gin rummy etc. India also got their own card games or a variant of the old ones like TeenPatti (3 card Indian Poker), Indian Rummy (13 cards rummy), Satta Matka etc.

With more popularity, the card games like Indian rummy also got its own variations. Some of the popular variations like Points, Pool and Deal rummy made their entry to the online rummy games websites and players were more than happy to enjoy these games for cash as well as on tournaments. With more technological advancements, the game play in these websites become hassle free and even the very hardest of things (sorting 13 cards) were automated or can be done with a click of a button. Most of these websites also came with an option to make the players practice for free so that they can improve on their rummy skills.

While most of the Indians are still reluctant to play as they are unsure of the legality of the game, many players have their accounts in multiple online rummy websites from which they are earning lakhs in rupees every month. For this reason, many rummy websites are recommending their current players to invite their friends and family to earn extra cash for the reference as well as when their referred players join any table. All the new players in these websites are also given a welcome bonus with which they can join freeroll tables and play for cash prizes. The new players are also rewarded with practice chips to upgrade their rummy skills so that it can become easy for them when they face pro players on cash rummy tables.

The future of Indian rummy and other card games look promising as more and more states in both India and US are nodding yes to the legality of online card games. In future, we can expect to play on online rummy tournaments with millions in stakes. This not only benefits the website owners, but also will benefit the players who use their skills and also the government on taxes. If the rummy website owners, players and the government work together for a good cause, we can expect more skilled players joining the online rummy websites and tournaments like World Rummy Tournament.