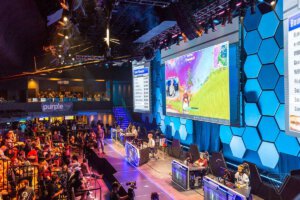 eSports is one of the fastest-growing industries that involves incredible and interactive games released every year. Just like every year, the world is waiting to witness fascinating games in 2020 as well. There will be upgrades for existing games as well as new ones that will join the race. Through these games, you can earn some real money by participating in events and gaming arenas.

In this era, virtual gaming is also becoming an opportunity to earn real money and 2020 is going to dominate it. It is a leading online game where people who are interested in playing cards can earn up to thousands of cash in real-time.

There are genuinely hundreds of games that can be named as eSports games but here are the most successful games that help you in earning some real money. These games are old but they are going to have some major updates in 2020 with new difficulties, new versions, improved skins, etc.

Released back in 2013, Dota 2 is a multiplayer online game and one of the most popular eSports games since then. It is a sequel to WarCraft 3 and has now more than 10 million concurrent players every single month. Every year in the annual tournaments, Dota 2 makes a game win of USD 1.6 million, making it the biggest and most competitive game across the globe.

Fortnite was released in 2017 as a third-person shooter game that is a player versus environment (PVE) multiplayer game. This survival game has released new versions of the game to make its gaming family stronger and better than before. There are millions of online players on Fortnite who are fighting and owning their crown of survival while being strangled in an island. In 2019 in the gaming arena, USD 20 million was handed over to the winner of the tournament.

Released in 2009, this game is an online battle arena video game. It is an action-packed game with elements of role-playing as well as first-person shooting scenarios. In 2019, professional competitors took part in the tournament and the sum of USD 8 million was handed over to the winner.

Counter-Strike Global Offense was released in 2012 and since then it is a popular eSports game with millions of players. CS: Go dominates the eSPorts gaming tournaments with million-dollar competitions every year. Every year there are new updates released for this game.

Overwatch was released in 2016 and to date, it is the most anticipated eSports game. It has an average of 14.4 million players every month. It is expected Overwatch will release a new update for their game in 2020.

Released in 2015, Rainbow Six Siege is a tactical shooter video game and highly popular eSports game. There are millions of players who are competing against each other and making money online through competing in tournaments.

What Is the Most Popular Online Game: Statistics