Today’s Spooktacular entry is an especially interesting one as not only is the story pretty scary but it’s also loosely based on fact. The city of Chicago was plagued by one of America’s first serial killers, H.H. Holmes, during the later part of the 19th century. Holmes mainly preyed on women and many of his gruesome murders took place in a building he had personally designed, which neighbors in the Englewood neighborhood nicknamed “The Castle.” Part of this true tale (at least with the details as could be broadcast on 1940’s radio) was adapted for this Lights Out episode. So sit back and give a listen to Murder Castle as it originally aired on August 3rd, 1943. Sadly the opening seconds of the episode have not survived. 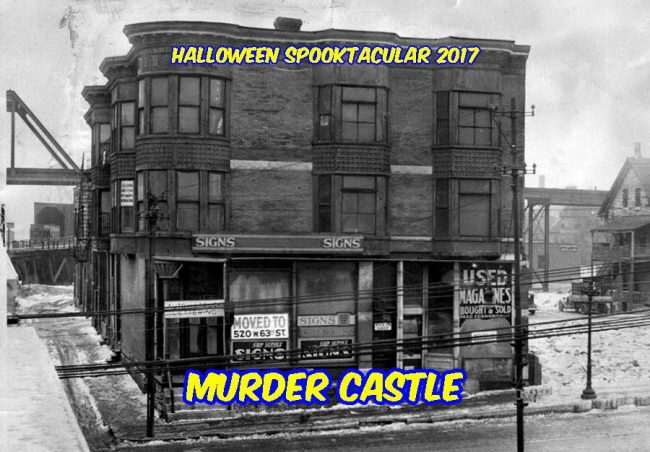