We turn once again to Lights Out for some chills and thrills. This happens to be one of the few remaining episodes from the 1930s when the program originated in Chicago. This episode also marked the fourth anniversary of the show and the first time Boris Karloff made an appearance.

Boris Karloff is mainly remembered by people these days for two things: his turn as Frankenstein’s monster in a trio of films and as the narrator (and title character’s voice) in How the Grinch Stole Christmas. Karloff career in films, television, radio, and on the stage covered over 60 years across a wide spectrum of genres. I especially love that in 1950 Karloff hosted a Saturday radio program out of New York were he read children’s stories. But we’re not here to listen to kiddie stories are we?

Boris Karloff may never have been better on radio than in The Dream on Lights Out. So give a listen as it aired on March 23rd, 1938. 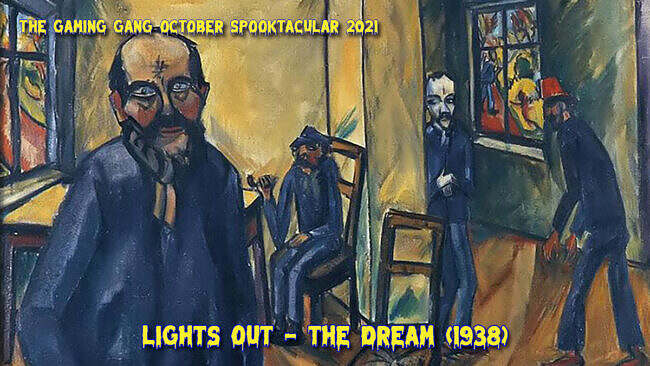