The Weird Circle was a modest little radio program produced out of the RCA Studios in New York for syndication. The program only ran for a couple of seasons, including 39 episodes each, from 1943 to 1945. First airing on the Mutual Network and then the following season on the NBC Red network. It’s pretty obvious the show was produced on a minuscule budget with relatively few sound effects and musical interludes.

One thing The Weird Circle had going for it was the fact the series mainly tackled famous horror stories from literature. Sorry to say the adaptations weren’t always too exciting though. Interestingly enough tonight episode, The Warning, wasn’t based on any previously published short story. There’s quite a bit going on in The Warning and it makes for an entertaining gothic spook tale. 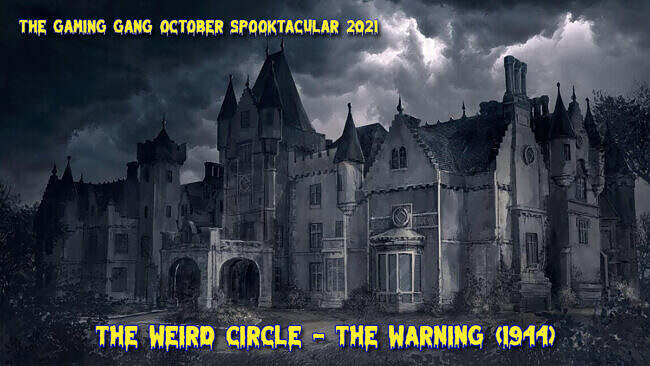 So let’s turn out the lights and set off for Waverly mansion in The Warning on The Weird Circle as it aired on December 17th, 1944.