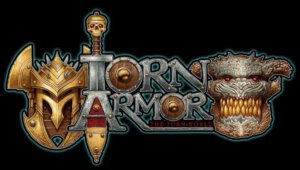 It’s beginning to seem every week brings news of yet another successfully funded Kickstarter gaming project going down in flames. This time out it’s Torn Armor. I’ll begin by prefacing this post by once again pointing out when you see some mention of a Kickstarter project on TGG it’s because I find what’s being presented as interesting and worthy of a news post; the only time you know a project has my personal stamp of approval (AKA.. I know you’re going to receive exactly what’s being crowd funded if successful…) is when I specifically make mention of it, ala Collins Epic Wargames and Spearpoint 1943 or Nature of the Beast from Eye-Level Entertainment as two examples. Visitors would be surprised to learn a good 90% of KS projects which are sent my way for coverage never see the light of day here onsite. Mainly because I don’t find them very exciting or original and know there are plenty of other sites out there who are willing to provide coverage in return for a few bucks (That’s right! I won’t post something even if I’m offered moolah to do so) or even, on rare occassions, when something smells fishy about the project.

With that out of the way, earlier today an announcement was made by Torn Armor’s Natalya Alyssa Faden stating the project is now “dead in the water” after collecting $67,742 from 561 backers.

This is not an easy update to send out, but I have always been open, honest and transparent with you all and recently the Torn World team has had to have some very unpleasant conversations regarding “Torn Armor.”

We have hit a major obstacle here – which I will detail below – and it is only fair to be open and clear on the parties involved. I will simply layout the facts as they have occurred and you can form your own conclusions. What I will say is that ultimately you put your faith and trust in me to ensure that this project was delivered, and in that I have failed you. So while the Torn Armor team has hit unforeseen circumstances and been subjected to unprofessional behavior and broken promises, ultimately I am responsible and please direct your frustrations squarely towards me.

As you will remember, immediately after the Kickstarter ended last year we contacted the China-based companies to finalize our quotes, and were then informed that even though our quotes were less than 90 days old the new production prices, across the board, jumped by 30%. This caused us to seek an alternative production company and during this time one of our backers came forward with a recommendation. This recommendation was given and genuinely provided to help the project, but in hindsight it set us on an unfortunate path.

The company recommended is here in the United State, and this – if anything – I viewed as being beneficial. What I did not know, and honestly had no way of knowing, was that they were about to head into some very troubling times. This company is Defiance Games.

Back in June/July of last year I had my first contact with Defiance and after talking to them for a short while, I felt that it was a good solution and I felt confident that everything was still on track. But the intervening time has been nothing but stalls, delays, staffing shuffles, and sideways movement. They brought on a new CEO shortly after I signed contracts with them, which I found to be alarming, but was told that it was to improve the running of the company. They acknowledged that they had been experiencing turbulent times and the new CEO was to help get things back on track; I was reassured, numerous times and by their upper management that all was on track and schedule. 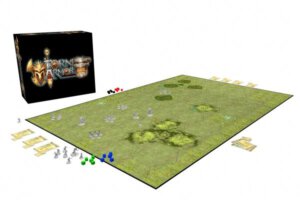 The team I had recently been introduced to and communicated with soon left and a new team was brought onboard. Again I got to meet them and again I was reassured that the changes were for the best. We were still prepping miniatures for mold production, deadlines and timelines were re-affirmed as being “November,” and while I was uncomfortable with the constant switching of staff, I felt that the wheels were moving and shortly we’d start seeing masters roll off the 3d printers. When this did not happen as promised I started updates regarding delays, later delivery timeframes and so on. I simply need time to sort out what was actually happening and where I might be able to adjust as needed.

Now while I am a patient person and I can be understanding the constant delays and lack of action from Defiance made me think that this was more than a “changing of the guard, or a that new production schedule was being implemented.” I realized there was something seriously wrong.

With our initial deadlines past and the old year ending I put them under great pressure to get things moving. With this pressure we saw the hoplite. He was great and Defiance confirmed that they could work with the model.