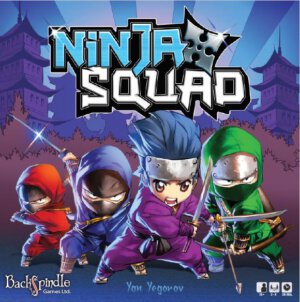 Later this month Backspindle Games, in conjunction with Asmodee North America, will release the chibi miniatures board game Ninja Squad. In the first half of the game the players will work together to infiltrate the Shogun’s palace while the second half features player vs player action in a race to escape. The game is for two to four players, ages 10+, plays in 20-40 minutes, and will carry an MSRP of $34.99 when it hits stores.

The Evil Shogun of Aomori has been destroying the community with crippling taxes and physical brutality. Action needs to be taken to stop this by the Ninja Squad.

The first half of Ninja Squad is a cooperative game in which players take on the role of ninjas and try to sneak past the guards and lanterns to get to the Shogun’s palace. The reverse side of the game board is used for the second half of the game, which is a player versus player race game through the imperial gardens. The first ninja to reach the blue forest will claim the glory. 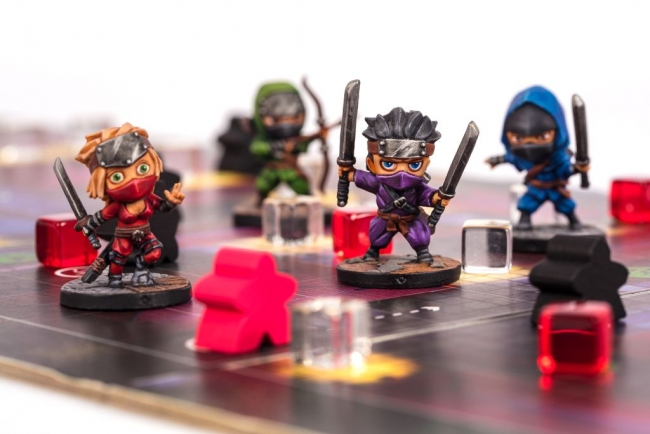