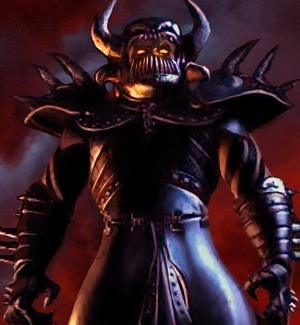 Baldur’s Gate; a video game series that my son has described as “One of the Greatest of All Time”; is being enhanced and re-released as part of an agreement between Wizards of the Coast, Atari, and Overhaul Games.

Baldur’s Gate uses the 2nd Edition AD&D rule system and is set in the Forgotten Realms. The story follows the journey of the player character (PC) along the Sword Coast, which lies on the west coast of the continent Faerûn, as he or she grows up following the cataclysmic Time of Troubles. Character development occurs through dialogue and battle. The game rewards the PC according to his or her moral choices.

The original game sold over 2 million copies worldwide and led to many sequels and spin-offs. The one I remember most was Planescape: Torment, which was an excellent game. I can’t remember if I ever finished it or not, it was the first video game I played that allowed me to level up (ok, aside from Diablo). Eventually the Infinity Engine led to the classic Neverwinter Nights, of which we still own five copies (lot of kids).

We’ll be keeping tabs on the development process and keep you informed as more information becomes available.

Here is a description of the original games from the Bioware Legacy page:

In Baldur’s Gate I, you defeated your evil half-brother Sarevok and prevented your father Bhaal, the dead Lord of Murder, from returning to the Forgotten Realms. Now, in Baldur’s Gate II: Shadows of Amn, the stakes have become much higher. Will you resist the evil within you, and forge a legend of heroic proportions? Or will you embrace your monstrous inner nature, and carve a swath of destruction across the Realms?

Your story begins anew in the exotic southern kingdom of Amn, amidst the opulence of the sinister capital city of Athkatla. Journey through the fierce, unforgiving wilderness of Amn, and through the treacherous caverns of the Underdark, in your quest for artifacts of awesome power and treasure of inestimable wealth, even challenge dragons, if you dare. Such is the life of a legend.