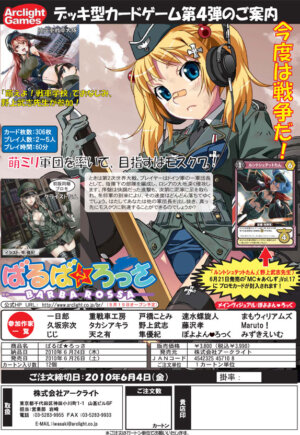 According to ICv2, Japanime Games will be releasing Barbarossa, an anime deck building game. The game was originally released by Arclight in 2010. It is an alternate history World War II deck building game, where both Germany and Russia have all anime-themed female armies.

The article says: The Barbarossa Deck-Building Game uses a Dominion-like gameplay mechanism. Each player receives a deck of resource cards in the beginning and then acquires cards from an open pool. Players acquire “Victory Points” by conquering cities or key strategic points, and the player with the most “Victory Points” when Moscow is taken is the winner.

The game should be available in North America around December.