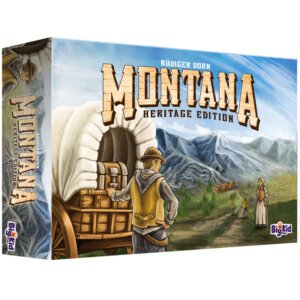 Next month brings the release of a special edition of the pioneering Eurogame Montana from Big Kid Games. The component quality has been given a big upgrade in the Montana: Heritage Edition, while the board has been redesigned as hex tiles in order to promote more variety during repeat play as players aim to build settlements throughout the state. The game is for two to four players, ages 10+, plays in around 45 minutes, and will carry an MSRP of $59.99 when it hits stores September 4th.

Halfway through the 19th century, the first permanent settlements appeared in Montana. After this, many fortune seekers traveled to this region with their caravans in search of work in order to build a better future for themselves. And there is an abundance of work. In the mountains, precious metals are to be found, and in the fields a lot of manpower is required. Meanwhile, the number of settlements is growing, and the demand for goods is rising. Recruit the right workers, deliver goods on time, and choose your settlements tactically. The player to build all of their settlements first is the winner! 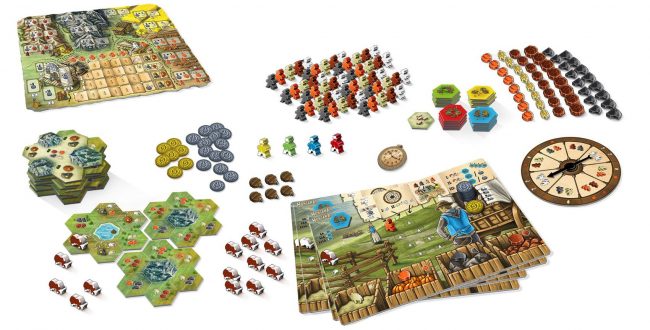