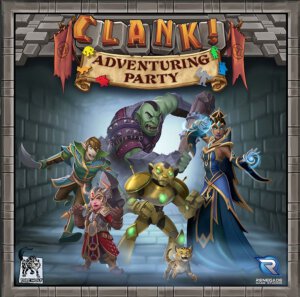 Dire Wolf Digital and Renegade Game Studios are teaming to release a player expansion for Clank! A Deck-Building Adventure. Clank! Adventuring Party includes new characters while also providing for up to six players at the table. The expansion is for ages 13+, plays in around one to two hours, and will carry an MSRP of $30.00 when it arrives this September.

The thieves’ guild is recruiting! Clank! Adventuring Party expands your merry band to include up to six players in your dungeon run! Want a new thieving identity? Shuffle up as one of six unique characters, each with their own starting deck and special abilities!

Smash hordes of enemies as the Orc Garignar.

Or stir up a paw full of trouble as the devious cat Whiskers.

But beware: the ravenous hydra Hexavultus won’t give up his treasures easily…