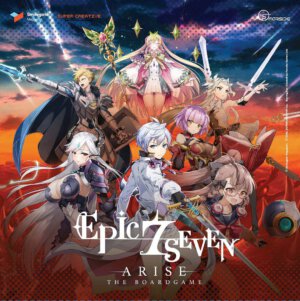 Following a successful Kickstarter, Farside Games Entertainment will soon release Epic Seven Arise: The Board Game. In the game, based on the popular mobile game, players will take on the roles of heroes battling an archdemon and their acolytes throughout an adventure campaign. Epic Seven Arise is for one to four players, ages 13+, plays in 40 to 90 minutes, and will carry an MSRP of $100.00 when it arrives in Q1 2022.

Epic Seven Arise: The Board Game is the tabletop adaptation of the popular mobile game that pictures the heroes to save the 7th world from destruction. Official licensed by Smilegate Megaport.

Each player will enter the role of the heirs, beings created by the Goddess of Life, Diche, to protect the world of Orbis from the Archdemon and the Acolytes. Each hero comes with a skill deck representing their unique set of skills to the table. You need to use your skills well if you intend to defeat the Archdemon.

During play, heroes must manage their actions and coordinate with the team, moving to the locations under the most threat and doing battle with enemies. Finding time to recover and purchase items between engagements as they prepare to defeat the monsters and enemies.

The game has multiple chapters, and each of them has a similar structure of main plot and side quests. If any hero dies during the round, it will have penalty but they can revive in the next round. As long as one of you is still alive, you still have a chance to win and get the highest score to be the ultimate winner in the team.

The chapters are all standalone and not contingent on being played in a certain order or with the same players. The board game significantly broadens the original game’s universe and emphasizes the depth of plot, yet its main focus will be on interactions driven by game stories and decision-making. 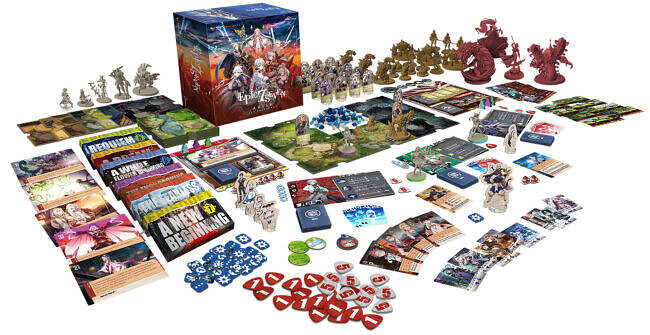