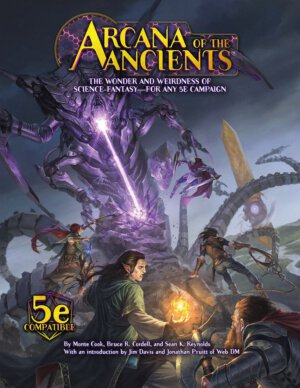 A new sourcebook aimed at bringing weird science to your 5E D&D campaigns is arriving later this month from Monte Cooke Games. Arcana of the Ancients provides loads of helpful info to bring the wonder of classic science fantasy roleplaying tales like Expedition to the Barrier Peaks to your gaming table. The hardcover arrives on March 25th carrying an MSRP of $54.99.

Since the very early days of tabletop RPGs, gamers have experimented with mixing a bit of science fiction into their fantasy. From Empire of the Petal Throne to Expedition to the Barrier Peaks, early adventurers into the realm of RPGs saw the amazing promise that mysterious and weird science-fantasy elements could add to their campaigns.

Arcana of the Ancients will be your comprehensive guide to bringing science-fantasy into your 5th-edition campaign. This hefty, hardcover book will be filled with creatures, devices, character abilities, technologies, tips, advice, and adventure. All fully compatible with 5E.

Starting with a series of adventures that introduce the idea that there were previously unknown, incredibly ancient civilizations in the game world, the PCs themselves will discover first-hand the relics of a past so old that even the elves and the dragons know nothing of it. These ancient peoples wielded powers beyond comprehension, and the things they left behind harness those strange powers for the PCs to find and use—but they also present dangers and entirely new challenges. Once the secrets of the ancient past have been unlocked, weird new creatures and bizarre beings arise and only the greatest of present day champions will be able to defeat them—and only if they wield the arcana of the ancients.

What else might you do with Arcana of the Ancients? Advance (or create) your character with skills and abilities that take advantage of mysterious ancient technologies. Mystify your PCs with a one-off adventure that explores a crashed alien ship, an ancient high-tech outpost, or a portal to an amazingly advanced world. Convert the compelling Ninth World setting of Numenera to 5E and run adventures in a world replete with mysterious ancient works as powerful, unknowable, and weird as any magic. Build a new campaign world, or region within your setting, that includes ancient high technology as mysterious to your PCs as the magic they wield. Or simply use the many science-fantasy creatures, items, and abilities detailed in this book to give your campaign a new and interesting dimension.

Adventures, ways to integrate ancient civilizations into your campaign, new creatures, new items, new character abilities—Arcana of the Ancients will give you everything you need to integrate mysterious high-technology science fantasy into your game. 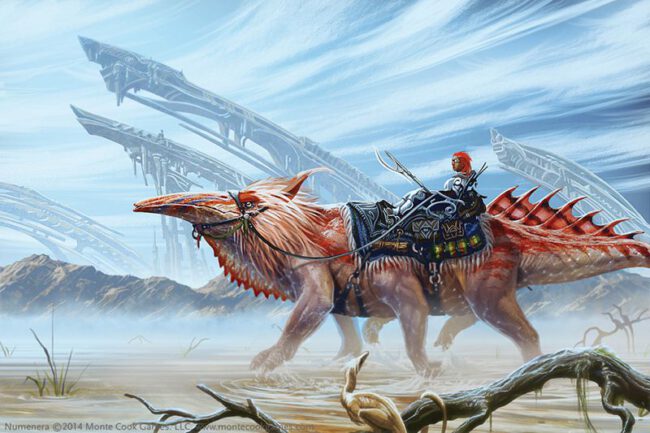