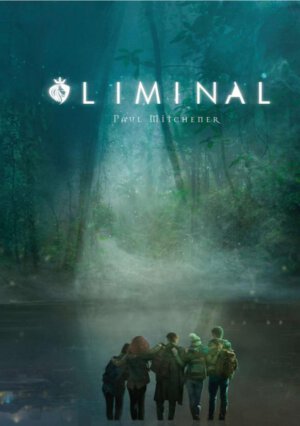 Modiphius Entertainment has new urban fantasy roleplaying system and it delves into a world which is both modern and magical. Liminal will take the players to the U.K. of today and dive into a setting drawn from both British and Irish folklore. I have the impression this is more of a sandbox setting, providing a variety of directions in which players can take the game. The hardcover corebook will arrive in October and carry an MSRP of $50.00 (although the Modiphius site states $44.99). Liminal is currently available in PDF at DriveThruRPG for $14.99 and there’s a free quickstart too, in order to kick the tires on the system.

There’s more to the world than most of us know. Academic wizards and gutter mages, vampires and werewolves, Men in Black working for a secret religious order and a police division investigating Fortean crimes. The cities and the very landscape encompass haunted places and lost bubbles of history, faerie courts and places of power.

Liminal is a self-contained tabletop roleplaying game about those on the boundary between the modern day United Kingdom and the Hidden World- the world of secret societies of magicians, a police division investigating Fortean crimes, fae courts, werewolf gangs, and haunted places where the walls between worlds are thin.

The players portray Liminals – those who stand between the mortal and magical realms, with ties to each. Examples of Liminals include:

A magician who acts as a warden to protect unaware mortals from supernatural menaces;

Someone of mysterious birth who is perhaps half Fae. In any case they are caught up in Faerie politics whether they like it or not;

A burglar who steals supernatural relics;

A werewolf who still has many ties to ordinary people;

A dhampir, striving to do good despite their vampiric infection;

A mortal detective who knows some of the real strangeness out there.

The magical world has a basis in British and Irish folklore and legends, along with ghost stories and modern day popular takes on the supernatural in fiction.