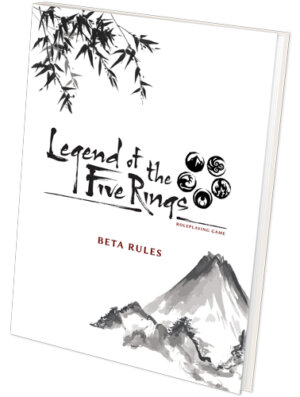 Fantasy Flight Games will have their hands full following up on the beautiful work AEG did with the Legend of the Five Rings roleplaying game but the gaming giant is hoping to also get your hands dirty in the process. FFG has announced an open beta for L5R which will include a download of the core mechanics. You can sign up for free and expect the PDF sometime next week.

It is an era of sudden change and upheaval in Rokugan. Mortal schemes, natural calamities, and celestial turmoil alike have disrupted the political, military, and spiritual equilibrium of the land. Long-simmering rivalries and fresh betrayals ripple through the courts and on the battlefield. The Chrysanthemum Throne is beset by threats from without and within, and the honor of the seven Great Clans shall be put to the test. Who among the clans will prove strong enough to guide Rokugan in these tumultuous times? Will their names be lifted up beside those of the honored ancestors, or will they fall among the ranks of the empire’s most infamous villains? 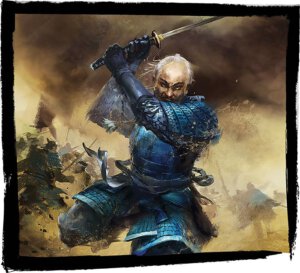 Rokugan. Now, Fantasy Flight Games invites you to help us take the next step in the Legend of the Five Rings roleplaying game with an open beta, available for free download beginning next week.

In the Legend of the Five Rings Roleplaying Game, players take on the role of individual samurai, whose honor and loyalty is daily put to the test. These samurai serve their lords as warriors, courtiers, priests, or monks and embark on adventures filled with drama, suspense, humor, romance, and horror. All the while, they must grapple with their human emotions and choose between following their heart’s desire or doing what society—and the Code of Bushidō—demands of them. These personal stories of triumph and tragedy will reverberate across the Emerald Empire and shape the very future of Rokugan.

The Legend of the Five Rings Roleplaying Game will contain rules for creating characters sworn to the service of the Great Clans and running game sessions filled with intrigue and conflict. A wide variety of skills, techniques, advantages, disadvantages, and more allow players to customize their character mechanically and narratively. Custom dice mechanics enable players to contribute to the unfolding story and decide whether their character succeeds, by how much, and how much it will cost them. And the fantastical feudal setting of Rokugan provides a rich tapestry of majesty and wonder where these stories can unfold.