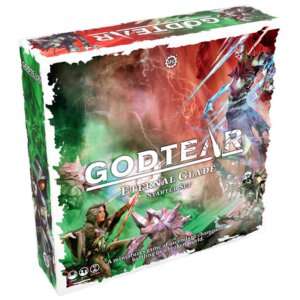 An interesting looking miniatures driven skirmish game is arriving in December from Stormforged Games. In Godtear, two players will go head to head as each leads their champion and followers in battle across a terrain filled hex board. There are two core sets and multiple expansions coming out for Godtear and the base sets are for two players, ages 14+, play in one to two hours, and each will carry an MSRP of $50.00 when it releases December 6th. Expansions introducing new champions for each faction arrive the same day carrying an MSRP of $30.00.

Godtear is a fast-paced, high-action combat game for two players, in which each player takes their warband of Champions and Followers and battles rival warbands for control of the precious Godtears scattered across the land.

Godtear has been carefully designed to be quick to learn and throws players straight into the action and also offers a huge depth of options and tactics to explore. With innovative and organic scenario mechanics, no two games of Godtear are ever the same. The aftermath of each game will leave you wanting to play again and again; there’s huge replayability for players experimenting with different Champion selections and play styles.

Champions progress and grow in power as you play through a narrative campaign, further customizing your gameplay experience. Built from the ground up for narrative driven campaign style play, Godtear also offers balance and clarity of rules for highly competitive tournament play. 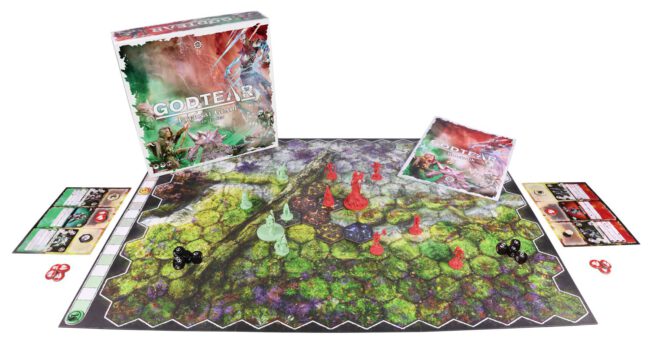