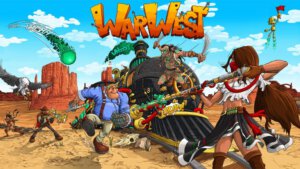 In 2019, there will be many excellent strategy games. Nevertheless, a few will become far more popular than the others. If you’re looking for the best free strategy games 2019 has to offer, you should look no further than WarWest. This game is going to be a smash hit when it is released this summer. That is not too far away and many games are already excited about playing with their friends. Well, the game will be released on iOS and Android devices. So, what makes it stand out? You’re going to find out in the in-depth breakdown below.

First, you should learn about Full Cycle Games. This is the developer behind WarWest. Since 2017, the team has been working diligently to transform WarWest into one of the greatest strategy games of all time. Full Cycle Games was founded in 2016. The French company consists of 10 motivated individuals who are fully dedicated to the project at hand. Together, they hope to provide players with a highly unique mobile gaming experience unlike anything they’ve ever seen before.

So, what exactly can you expect from WarWest? This is a strategy game with a twist. It combines the genres of steampunk and western to ensure that the player will be surrounded by a unique setting. They’ll discover things in WarWest that they’ve never seen anywhere else before. This is a strategy game that really makes the player think. If you’re going to be successful while playing this game, you need to make sure that you think about every move you make. More about the things that will make WarWest great can be found below.

Play In Many Ways

Ultimately, WarWest is going to give players the ability to shape their own world. It is possible to take advantage of numerous game modes. Some of the most popular include conquest, factory, siege, tower, defense, and more. It is entirely up to you which game mode you prefer. Of course, you do not have to dedicate all of your time to a single mode. There are tons of them to choose from and you’ll definitely love experimenting with each and every one of them.

A Unique Experience Each Time 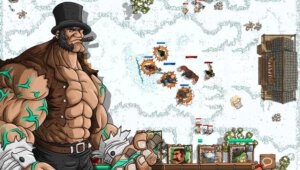 Another great thing about WarWest is the fact that the experience will be different pretty much every single time around. With this game, you’ll have the opportunity to do battle in many unique environments. There are tons of great maps to play around with. This definitely helps to ensure that the experience is fresh and exciting every time around. Whether you’re playing with your friends or alone, you can guarantee that you’re going to see something new every single time around. That is definitely going to keep you coming back again and again. The same cannot be said about other games.

A lot of people do not have hours and hours to dedicate to gaming. If you fit into this category, you should definitely play this game. WarWest makes it possible for players to enjoy the game for a specific period of time. For instance, they can finish a game in just a matter of minutes. 3 to 5 minutes should be sufficient. Some people prefer to play for a much longer period of time. If you fit into this category, you’ll be happy to know that WarWest is going to satisfy your cravings. The game gives you the ability to play as long as you like. You can play the game for a good 10 minutes or longer if you wish. The possibilities are plentiful and you’ll always be able to play as you wish.

Most people do not want to play alone. Once in a little while is fine, but it is always best to play alongside others. With this in mind, you should definitely take up competitive multiplayer games like WarWest. This game offers numerous modes include cooperative player, versus, and solo. Plus, you’ll be able to take part in competitive player versus enemy battles. In the near future, you’ll even be able to take part in battles consisting of ten players. This is something that is unique to WarWest. The other mobile games cannot compete in this specific category.

It should be noted that mobile gaming graphics are pretty lackluster. At least, this is true most of the time. If you’re looking for a game with gorgeous graphics, you should look no further. This game features unique graphics that will take you back to the days of the western gunslingers. Then, you’ll be shocked when you see the steampunk elements enter the picture. This is a game that is going to satisfy in pretty much every category. Graphics is definitely one area where the game is going to shine brighter than the competition. If you like games with stunningly beautiful graphics, you’ll definitely want to take the time to check out WarWest.

WarWest is going to be updated on a regular basis and that is a good thing for players. Games tend to get boring after a little while, but WarWest will not. Full Cycle Games is adamant that they’ll be able to regularly update the game to ensure that the user has a better experience in the future. The updates will focus on enhancing user experience and adding new content to the game’s engine. The team is serious about making WarWest one of the best free strategy games 2019 and they’ll make sure that happens with regular updates.

Get Ready For The Fun

Are you ready for a thrilling gaming experience like you’ve never had before? If so, you’re in for a real treat. WarWest is going to make a big impact when it is released in summer of this year. The game will be made available on Android and iOS devices. Therefore, it should be accessible to everyone. Plus, it is going to updated regularly. You should have already found plenty of reasons to start playing WarWest.