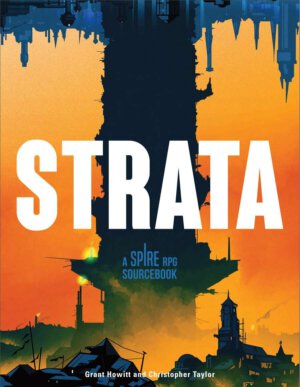 If you’re a fan of the dark elf driven roleplaying game Spire – from Rowan, Rook, and Decard – then you should be excited to see the first full length sourcebook for the system has arrived in PDF. Strata not only provides plenty of new options for gameplay but also ten scenarios for players to dive into. The 242 page sourcebook is available right now in PDF for $20.00 from DriveThruRPG.

From Rowan, Rook, and Decard:

Strata is the first full-length sourcebook for the Spire roleplaying game. Written by Grant Howitt and Chris Taylor, and with ten scenarios from a wide variety of other authors, Strata gives more details on the best and worst that the city of Spire has to offer:

The scenarios in Strata are:

Home Is Where The Hatred Is (by Helen Gould). Infiltrate and assassinate a wealthy aelfir household ruled by a cruel undying matriarch.

Bisquiet (by Xalavier Nelson Jr). Overthrow the government via the medium of arcane patisserie.

Lines in the Dirt (by Pauline Chan). You and your cell are being evicted from your Derelictus tenement. It’s not much, but its yours – can you bring the other residents on-side?

Eye of the Beholder (by Christine Beard). An aelfir artisan is surgically modifying drow to act as tormented “masks” – unless you break into her lavish auction and put a stop to it.

The Fall of Glasshelm (by Mary Hamilton and Kira Magrann). Bring down the Glasshelm corporation, and put a stop to their dreams of bulldozing the undercity to make way for 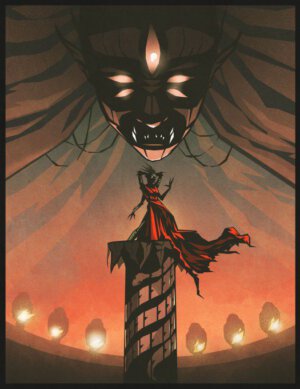 The Forgotten (by Laurence Phillips). After the death of their protector, a group of vulnerable citizens must navigate the dangerous world of espionage after they are caught between the Ministry and the Solar Church.

Ironshrike (by Ben Brock). In the depths of Derelictus, the cell are tasked with eradicating a sacred market built in the worship of predatory capitalism. How do you kill a place?

The Sulphurous Presses (by Coman Fullard). Given a printing press and some run-down premises in the Works district, the cell must gain dominance over the newspaper market by publishing their own propaganda and sabotaging rival papers.

Dark Harvest (by Chris Farnell). After a mission goes wrong, the Ministry bundles the players off to the deep farms of La Grotte du Corde – but, of course, nothing is what it seems in this idyllic pastoral village.

Strata requires a copy of the Spire RPG to use the rules and setting within to the best effect.