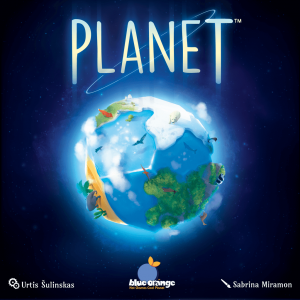 Blue Orange Games gets right to the point with the title of their upcoming tile laying style game: Planet. That’s the title because you’ll actually be building your – you guessed it – very own planet, which can be held and rotated in your hands, while aiming to entice various forms of animal life to live upon it. Planet is for two to four players, ages 8+, plays in around 30-45 minutes, and will carry an MSRP of $34.99 when it emerges this April.

The spark of life is about to jump from your hands to spread out in the world. Deploy your mountain ranges and your deserts, spread out your oceans and your glaciers. Handle wisely your continents to form environments suitable for the apparition of animal life, and maybe you’ll manage to create the most densely populated planet!

In Planet, each player receives a magnetic planet core without anything on it. Each turn, players take turns choosing a tile with a mix of mountain, ice, forest, and desert on it and attaching it to one of the twelve surfaces of their planet. Then, the player who fulfills the most conditions for the appearance of certain animals gains its card.

After twelve rounds, the player with the most points from their collected animal cards and their personal terrain goal card is the winner.

Planet features simple but engaging gameplay that is easy to get into but that requires important decisions at every turn. The tactile experience of turning your personal planet in your hands gives Planet a unique trait in board games. Whether you’re adding terrain tiles or surveying your territory while competing for animals, you’ll be looking at accessible, strategic gaming from a whole new angle. 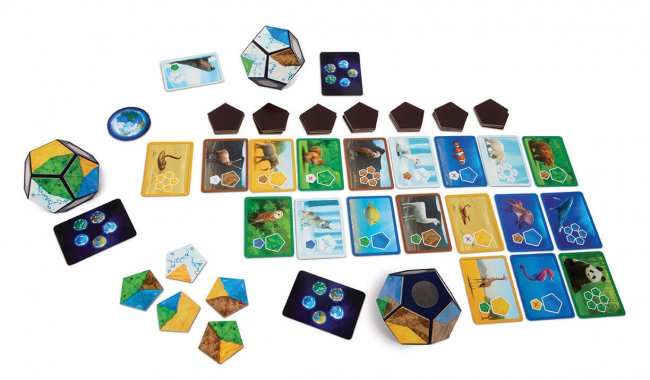