The latest June releases for Pathfinder and Starfinder are now available from Paizo Inc. Here’s what’s made their way into your FLGS this month. 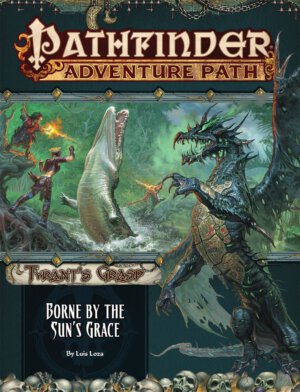 Sent to a Distant Land

Mighty magic has hurled the heroes across the world to the continent of Arcadia, but their remarkable travel is no accident. In the land of Xopatl, the heroes find ancient legacies that unlock the secrets they have carried ever since they awoke in the realm of the dead. But this land of magic and wonder is no safe haven—agents of the Whispering Tyrant terrorize even this distant nation. If the heroes can overcome followers of wicked new gods and defend a city desperate to revitalize its lost magic, they might learn how to turn the tide against the Whispering Tyrant and put an end to his fearsome weapon forever. From lively festivals and masked brawlers to undead terrors and arcane botany gone horribly wrong, the heroes are sure to find more than they bargained for in a land unlike any other they’ve seen. 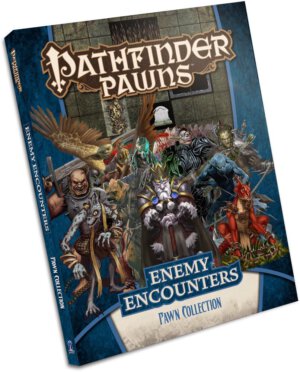 Enemies abound, and finding them is no difficult task in this dangerous world. Thankfully there are plenty of brave adventurers willing to pit themselves against those that raid and pillage society. This collection of dozens of pawns features groups of common enemies to use with the Pathfinder RPG or any tabletop fantasy roleplaying game, as well as a selection of useful terrain features to bring your encounters to life on the map. Printed on sturdy cardstock, each pawn contains a beautiful full-color image and slots into a size-appropriate plastic base from any of the Pathfinder Pawns: Bestiary Box collections, making them easy to mix with traditional metal or plastic miniatures. The Enemy Encounters Pawn Collection is the best way to ensure that you’ve got enough threats to throw at your player’s characters in every Pathfinder Roleplaying Game encounter!

Dozens of monstrous foes come to life on your tabletop! Each has its own identification number for easy sorting. 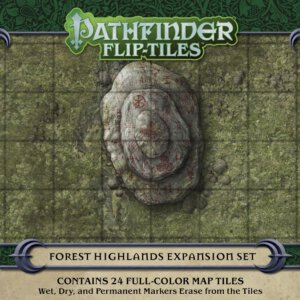 There’s Danger in those Hills!

The more rugged the landscape, the more fearsome the monsters! Next time your players are ready to trudge their way up the hills in search for giants and dragons, they won’t have to wait for you to draw every tree and boulder. Pathfinder Flip-Tiles: Forest Highlands Expansion Set provides beautifully illustrated 6″x6″ map tiles that can transform your forest into wooded crags filled with peril and adventure. Inside, you’ll find 24 richly crafted, double-sided map tiles. This expansion set, along with Pathfinder Flip-Tiles: Forest Starter Set, allows you to create endless tracts of hilly forests quickly! So stop your sketching and start your flipping today! 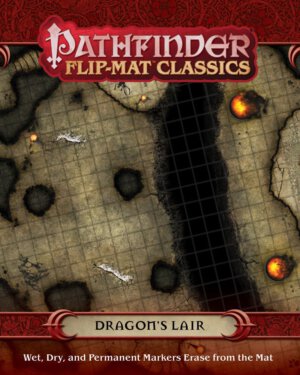 Whether the player characters are tracking down a dangerous red dragon or leading an assault on a great wyrm’s cave, no Game Master wants to spend time drawing out the whole scene. With Pathfinder Flip-Mat Classics: Dragon’s Lair, you don’t need to. This durable Flip-Mat illustrates two scenes where your heroes can fight for glory and treasure.

The most-popular Pathfinder Flip-Mats in history return! These fan-favorite maps feature versatile adventure settings—city streets, forests, ships, taverns, and more—and now they’re back for a repeat performance. Durable and lavishly detailed, these essential adventure set pieces are sure to bring excitement to your game table for years to come! 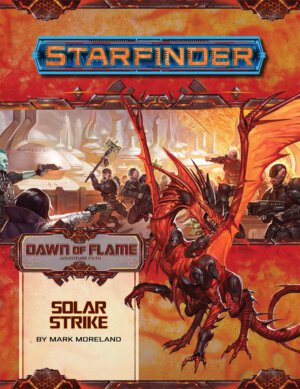 Rebels in the Sun

A cry for help from deep within the sun leads the heroes to dive in once more. Forces loyal to efreet from the Plane of Fire have conquered the deep-sun settlement of a peaceful species, threatening to destroy their way of life. The heroes must infiltrate the occupied city, find allies within, and defeat the fiery oppressors. The group acts as a strike team, assisting the rebels, taking out high-value targets, and helping to restore order. But even if they accomplish these missions, the heroes still have to face the enemy commanders—including a mighty solar dragon—and the discovery that this attack is merely a beachhead for a larger invasion that threatens the Pact Worlds’ power on the sun! 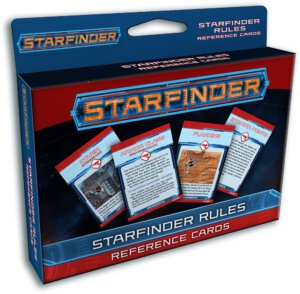 Put the rules of the Starfinder Roleplaying Game at your fingertips! Whether you’re a Game Master who needs a convenient reference for starship combat, a player who wants summaries of how to use your favorite skills, or a newcomer trying to learn the rules, this 110-card deck features concise guides to essential concepts from the Starfinder Core Rulebook on handy double-sided cards. Stop flipping back and forth through rulebooks—grab the cards you need and keep your game moving!