This month sees a big number of Paizo Inc releases for both Pathfinder and Starfinder to get your new year off and running in style. All the new titles are slated to hit stores on January 29th. 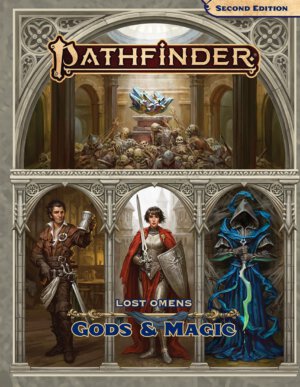 No fantasy setting is complete without a pantheon of powerful deities for its characters to worship or fear. Whether you’re a sneaky rogue asking the god of thievery for a blessing on your next heist or a valorous crusader calling the might of your patron down upon the forces of evil, faith and the forces behind it are key to every character’s identity. Within this volume you’ll find details on the gods and non-deific faiths of the Age of Lost Omens from the perspective of their clergy and lay worshipers. You’ll also discover new domains, feats, and spells to customize your character, and an exhaustive index of hundreds of deities from the Pathfinder setting you can worship (and the mechanical benefits of doing so).

An indispensable 128-page resource for both players looking to flesh out their characters’ motivations and Game Masters aiming to bring the evil cults, zealous evangelists, and holy warriors of their campaigns to life, Pathfinder Lost Omens Gods & Magic is an essential addition to any Pathfinder Second Edition campaign! 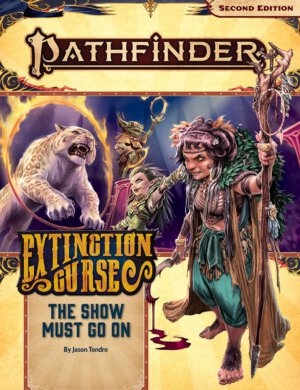 Pathfinder Adventure Path #151: The Show Must Go On (Extinction Curse 1 of 6)

The Extinction Curse Adventure Path begins! The Circus of Wayward Wonders has just arrived in the remote town of Abberton, and the player characters are the stars of the show! When the ringmaster turns up dead, the fate of the traveling circus and its entertainers hangs in the balance, and the heroes must scramble to put on a successful show and find the killer—all at the same time! Investigations only lead to more questions, and the heroes find themselves center stage in a dangerous, prehistoric plot that threatens not just Abberton, but every inhabitant of the Starstone Isles!

“The Show Must Go On” is a Pathfinder Second Edition adventure for four 1st-level characters. This adventure begins the Extinction Curse Adventure Path, a six-part, monthly campaign in which the heroes lead a traveling circus as they unravel a plot to eradicate all life from the Starstone Isles at the heart of the Inner Sea. The adventure also includes advice on how to run a traveling circus, new circus-themed rules, and a menagerie of monsters both wondrous and wicked. 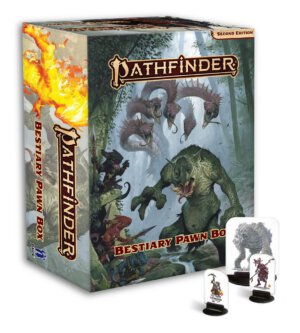 The ferocious foes of the Pathfinder Bestiary come alive on your tabletop with this collection of more than 375 creature pawns for use with the Pathfinder Roleplaying Game or any tabletop fantasy RPG! Printed on sturdy cardstock, each double-sided pawn contains a beautiful full-color image of a nasty monster from the Pathfinder Bestiary. Each pawn slots into a size-appropriate plastic base, making them easy to mix with traditional metal or plastic miniatures, bringing your Pathfinder campaign to stunning life! 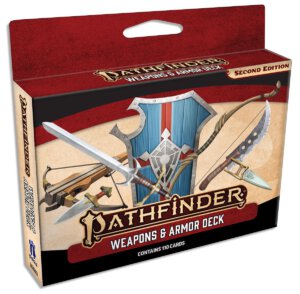 Whether you’re a player preparing for a dungeon delve or a GM equipping the town guard, you need weapons and armor at the ready! The Pathfinder Weapons & Armor Deck contains cards for every 1st-level weapon, armor, and shield in the Pathfinder Core Rulebook, as well as for alchemical bombs, complete with statistics and descriptions. The 110-card deck also includes the rules you need to deploy your armaments to full advantage. With the Weapons & Armor Deck, you’ll always be prepared when combat breaks out! 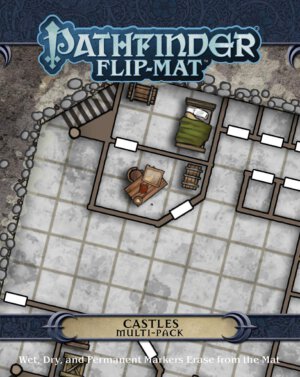 Whether your players want to defend or storm a castle, Pathfinder Flip-Mat: Castles Multi-Pack has you covered. This set’s four sides each feature a different castle, keep, or other fortification. Whether you’re looking for a lonely mountainside keep, a shining castle to serve as home for a group of paladins, a dingy fort on the edge of wilderness, or a bastion within some great city, you’ll find a suitable map in this pack. Don’t waste your time sketching when you could be playing. With Pathfinder Flip-Mat: Castles Multi-Pack, you’ll be ready the next time you need a castle to come into play. 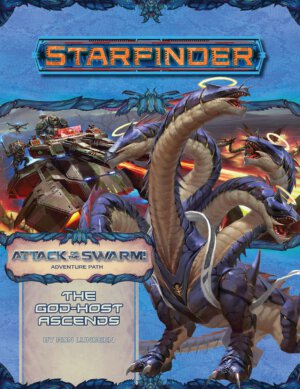 Starfinder Adventure Path #24: The God-Host Ascends (Attack of the Swarm! 6 of 6)

The heroes have sent the Swarm into disarray, but the entity called the God-Host still stands on the verge of completing its plans. To ensure an end to the threat, the heroes at last return to their overrun homeworld—but this time with the might of an entire military behind them! Only by finally defeating the massive God-Host can the PCs break the will of the Swarm army and bring peace back to Suskillon!

“The God-Host Ascends” is a Starfinder Roleplaying Game adventure for four 11th-level characters. This adventure concludes the Attack of the Swarm! Adventure Path, a six-part, monthly campaign in which the heroes fight back against a ruthless and nigh-unstoppable alien invasion. This volume also includes an article on continuing the Adventure Path’s story with new threats, an assortment of new military vehicles, and a selection of new Swarm monsters and other deadly threats.

Each monthly full-color softcover Starfinder Adventure Path volume contains a new installment of a series of interconnected science-fantasy quests that together create a fully developed plot of sweeping scale and epic challenges. Each 64-page volume of the Starfinder Adventure Path also contains in—depth articles that detail and expand the Starfinder campaign setting and provide new rules, a host of exciting new monsters and alien races, a new planet to explore and starship to pilot, and more! 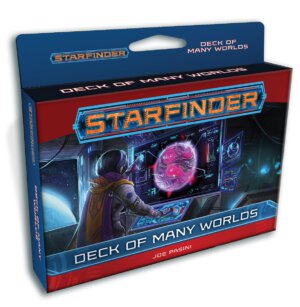 Starfinder Deck of Many Worlds

Hold a galaxy of science-fantasy worlds in your fingertips with the Starfinder Deck of Many Worlds!

Arriving in a new system and curious about who (and what) lives there? Want a unique home planet for your player character? Simply combine a few random cards from this 110-card deck to generate one of millions of possible worlds, complete with physical statistics, resident creatures, and much more—including intriguing story hooks that spur countless science-fantasy adventures! 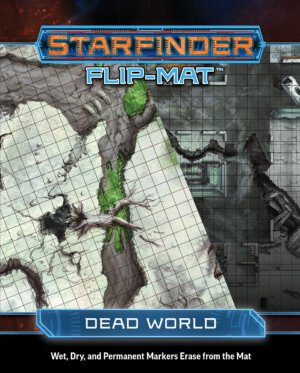 Whether the heroes are hunting down a body merchant guilty of selling corpses for necromantic reanimation or exploring the ruins of an alien civilization devastated by a natural disaster, no Game Master wants to spend time drawing every blasted wasteland and gutted building. Fortunately, with Paizo’s latest Starfinder Flip-Mat, you don’t have to! This line of gaming maps provides ready-to-use science-fantasy set pieces for the busy Game Master. This double-sided map features the inhospitable surface of a planet inhabited by the undead on one side and the shattered structures of a ruined city on the other. Don’t waste time sketching when you could be playing. With Starfinder Flip-Mat: Dead World, you’ll be ready the next time your players visit the planet of the dead!