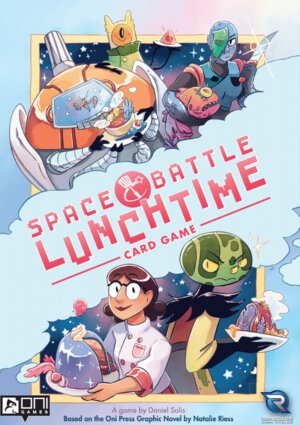 Space Battle Lunchtime Card Game is based on its namesake graphic novel by Natalie Riess, about Earth baker Peony who gets the deal of a lifetime when she agrees to be a contestant on the Universe’s hottest reality TV cooking show, Space Battle Lunchtime! In the game, players will face off as contestants in the intergalactic cooking competition show. They’ll collect and combine flavor cards to create the perfect prize-winning dish, trying to impress the alien judges with their creativity!

Designed by Daniel Solis (Wonderland, Junk Orbit)  and illustrated by Space Battle Lunchtime creator Natalie Riess, episodes of the game last about 30 minutes, starring 2-5 competitive cooks who have orbited the Earth’s sun at least ten times. Chefs can begin cooking when the game releases in May! 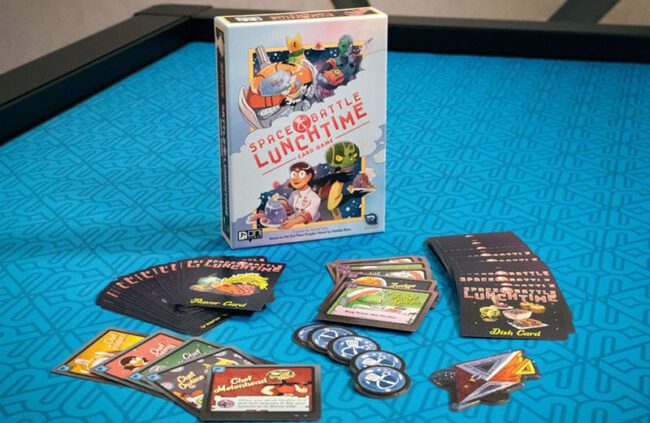