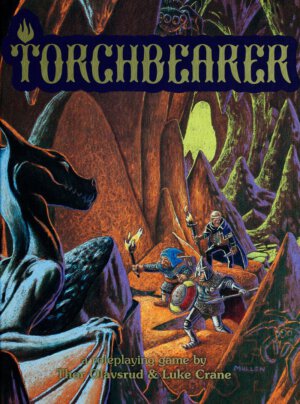 The latest Bundle of Holding features an eclectic mix of independent roleplaying systems in PDF. In the Classic Hits Bundle you can jump aboard such titles as Honor + Intrigue, Grey Ranks, Another Fine Mess, and more starting at $9.95. The bundle runs through February 11th and ten percent of your payment (after payment gateway fees) will be donated to this offer’s designated charity, the Mines Advisory Group.

Adventurer! This Classic Hits Bundle gathers many top-quality indie tabletop roleplaying games originally presented in half a dozen early Bundle of Holding offers in 2013 and 2014. If you missed those early offers, this compilation gives you a new chance to roleplay dungeon-crawling torchbearers, hypercompetent gangsters, the supernaturally gifted Touched, or wizardly familiars, and to visit medieval England, wartorn Warsaw, and seven swashbuckling skies — all for an amazing bargain price.

For just US$9.95 you get all five titles in our Starter Collection (retail value $43) as DRM-free .PDF ebooks:

And if you pay more than the threshold price of $20.20, you’ll level up and also get our entire Bonus Collection with four more games worth an additional $56: