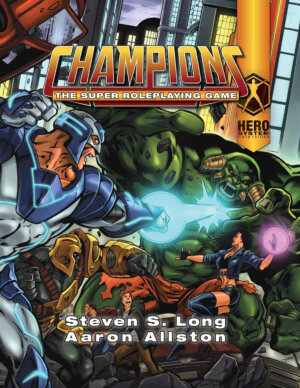 A new Bundle of Holding has arrived and it features the superhero action and adventure for Champions 6E from HERO Games. You can get aboard for as little as $24.95 and snag the campaign collection. Score these savings though March 15th and ten percent of your payment for (after gateway fees) will be donated to this offers’ pandemic-related charity, Direct Relief.

Watch out, hero! This superheroic Champions 6E Bundle is the second of two offers now in progress featuring the 2009 Sixth Edition of the HERO System tabletop roleplaying game rules from Hero Games. Check our HERO System 6E Bundle with the universal rulebooks and sourcebooks that let you create any kind of character or setting. Then return here for all the high-flying campaign supplements and sourcebooks that conjure a universe of four-color adventure.

For just US$24.95 you get all six titles in this offer’s Campaign Collection (retail value $105) as DRM-free .PDF ebooks, including the standalone Champions Complete rulebook (previously in our November 2013 HERO Bundle), the Champions 6E campaign sourcebook, the 6E Champions Universe setting book, Powers, the Galaxy-spanning Champions Beyond, and the recent collection of pregenerated superhero characters, Book of Templates.

And if you pay more than this offer’s threshold price of $40.82, you’ll also get this offer’s entire Villain Collection with four more rogues’ galleries worth an additional $93.50, including all three volumes of the Villains trilogy — V1 Master Villains, V2 Team Villains, and V3 Solo Villains — as well as The Book of the Empress (about Istvatha V’han, the Empress of a Billion Dimensions), plus The Booklet of the Empress, a 45-page bonus collection of characters provided to backers of the December 2011 Kickstarter campaign and not available on DriveThruRPG.